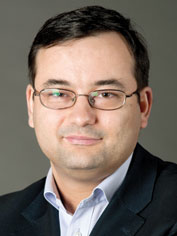 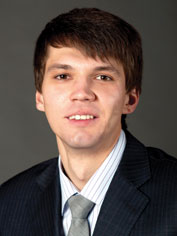 We build lasting relationships with our clients. Our goal is to guide them through the changes in the regulatory landscape of Ukraine. We help our clients to understand the business and legal environment of the country and be successful in it. Our business is shaped by the people and companies we work with. Clients come from different countries and industries. We work with half of the globe and always find a common language as our lawyers are fluent in Ukrainian, Russian, English, German and French.

Our law firm has a global mind but a Ukrainian heart. Our aim is to build the largest national law firm with strong international expertise and global ambitions. Our services include coordination of transnational projects involving several jurisdictions. The network of partner law firms available to our clients includes both leading international law firms and small legal practices from all over Europe, the US, Israel and former USSR.

We work actively with different government and non-government organizations, including the State Commission on Securities and Stock Exchange, State Tax Administration of Ukraine, the National Bank of Ukraine, the Parliament of Ukraine and the Association of Tax Consultants. Our lawyers are often invited to work or opine on draft laws and regulations.

It used to be all about creativity and increasing sales at all costs. Today, with competition growing tougher and the market shrinking at an ever faster pace, it is no longer that simple. Both the regulators and the competitors are monitoring advertising campaigns. Over the last three years  regulation and its enforcement has increased pressure on the market.

There is a clear connection between advertising and sales. Yet, not all is fair in the war for the market.

The On Advertising Act of Ukraine (the Advertising Act) outlaws unfair advertising, which it defines as “advertising which is misleading or might mislead its consumers, cause harm to individuals, state or society in consequence of its inaccuracy, falseness, ambiguity, exaggeration, omission or breach of requirements concerning the time, place and form of advertising”. Those guilty of breach may be prosecuted either by the Antimonopoly Committee of Ukraine (the AMCU) or the State Inspectorate for Consumer Protection (the Consumer Inspectorate). The AMCU would investigate unfair advertising from the anticompetitive angle, while the Consumer Inspectorate is more concerned with the protection of individual consumers. Importantly, a violator may face harsh fines of up to 5% of its group sales.

There are no clear-cut statutory tests to determine which advertising is fair or unfair. When challenged, each advertisement or advertising campaign is analyzed on its own merits in view of the particular circumstances of its use and the intended effect on the consumers. Yet, both the administrative and the judicial practice of the past three years suggest several easy-to-follow rules which can help to minimize the allegations of unfair advertising.

Stay Real, do not Get Carried Away

It is important not to promise too much. The more so when under the circumstances such promises are impossible to keep.

In a recent investigation in 2013, a Ukrainian pharmaceutical producer was accused of unfair advertising, among other things, for the claim that its medicine can treat terminal diseases. In the opinion of the court and the experts invited by it, such claims were misleading and unfair to sufferers.

At the same time, certain overstatements with an individual touch might well pass the smell test. This would particularly be true of the obvious opinion statements, e.g. “the best in my life”, “just what we need”, “nothing but”, etc.

Back-Up your Claims with Real Research

More often than not Ukrainian retailers and producers try to impress consumers with the results of their research and comparison. Every time they make such statements, they should be ready to justify them with the actual research materials. Moreover, such a study better be thorough and accurate.

Several Ukrainian food retailers have been fined for the unjustified claims that they offered lower, discounted or economy prices. Investigations by the AMCU into these and similar cases usually proved that such statements were, at best, only partially true. Quite often retailers simply forgot to mention that they only meant prices for certain goods but not all of them.

The same rules apply to the claims of the producers when they become too specific or too categorical about the miraculous effects of their produce. The AMCU recently paid a lot of attention to pharmaceutical products. In one case it fined advertisement of a medicine for the unjustified claim that it could cure a disease, while in reality the medicine only alleviated its symptoms.

Do not Get too Smart (or Manipulative)

There are zillions of ways how one can manipulate other people, in particular when it comes to talking them into buying things. In advertising, these would include the use of the “superlative” terms, e.g. “state of the art”, “cutting edge”, “unique”, “newest”, “top”, etc. Often, being smart would also mean choosing the right focus or angle. Thus, you can always claim that the medicine in question is “natural” or, even, “organic” (that is, compared to its “artificial”, “chemicals-ridden” rivals).

Care should be taken not to abuse such techniques to the detriment of consumers and dismay of the rivals. Otherwise, the state would investigate it for the instances of unfair advertising and unfair competition. Not too long ago, the AMCU outlawed several advertisements of food supplements which were described as medicines and cure-alls.

On a different occasion, the AMCU was quick to point out that description of a medicine led consumers to believe that, unlike competitors, it had special therapeutically features. Unfortunately for the producer, it turned out that the real hero was the antibiotic which the medicine shared with its rivals. Thus, no real difference was available for display.

Over the past three years, we have witnessed an increasing number of official investigations into advertising. Claims of unfair advertising have become the main recipe for fighting competitors in several leading industries, in particular, pharmaceuticals, foods and beverages, retail and machine building.

This trend is likely to develop and flourish even more. With the ever increasing competition in the market, it is more than tempting to harass competitors with unfair competition claims. Even more so, when such claims are not completely groundless.

One of the most recent dramatic developments in the world of advertising were recent changes in  rules on advertising medicines. In the middle of 2012, Ukrainian regulators made the rules even stricter and, alas, even less clear.

Advertising vs. Spreading the Word Around

Ukrainian law prohibits advertising of prescription drugs, as well as certain types of over-the-counter drugs blacklisted by the Ministry of Health, in particular:

— medicines used only for the treatment of children of up to 12 years of age;

— medicines used only for the treatment of pregnant and breast-feeding women; and

Effectively, only the over-the-counter drugs which have not been blacklisted may still be freely advertised. The above advertising ban was further enforced by the general prohibition of any advertising of medicines by healthcare professionals.

At the same time, Ukrainian law does not ban dissemination of information among healthcare professionals either in the media intended for the use of healthcare professionals or at industry events (workshops, conferences or symposia). Such information, however, should at the very least contain the name of the medicine, its characteristics, possible adverse reaction (side effects) and therapeutic effects.

Unfortunately, Ukrainian law is notoriously short on details. Over the past eighteen months there have been several attempts at clarifying the extent to which the advertising ban should apply. Yet, we are still far from understanding both the original goal of the legislator and the position of the supervising regulators. Care should be taken not to overstep the limits of common sense interpretation of general rules.

Brand-reminders often top the charts of the frequently asked questions. It is difficult to resist the urge of branding any and every piece of stationery distributed by the company. At the same time, such branding may and often is treated as advertising by the Ukrainian authorities. This seems to make the answer quite straightforward. If the promoted brand name is not linked to any over-the-counter drugs whose advertising is allowed, it might be reasonable to keep it away from public events.

Point-of-sale information is another usual worry. In accordance with the Advertising Act, placement of information on the name of the product and the name of its manufacturer at the point of sale is not considered to be advertisement. It should also be acceptable to have general information on any drugs available to customers at the pharmacies, in particular, the leaflets which they anyway receive with the drugs. Furthermore, all of the drugs may be on display. Pharmacists should also be free to answer questions of the customers on any and all the requested drugs, short of actually influencing their choice.

It gets trickier with posters and enlarged packages. These are clearly associated with advertising and should comply with the restrictions.

Websites create another dilemma. It is not completely clear how to provide information on the drugs which are not allowed for advertising. The usual recipe is either (i) to have users confirm their qualifications for the entry of the prescription section or (ii) to have a general disclaimer that certain information is for expert use only.

Ukrainian regulations on the advertising of drugs clearly follow the EU path. As is often the case with the newly converted, it will take some time and effort to make it fully compatible. There will be a number of bumps along that road. However, the direction is clear and the main task of the industry for now is to be a careful driver.