An Outline of Cross-border Finance in Ukraine 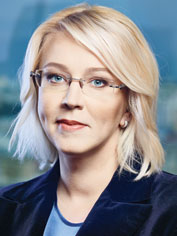 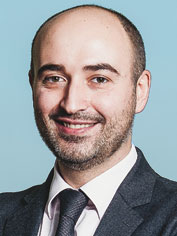 Asters is a full-service independent national law firm that has maintained a strong presence in Ukraine since 1995. The firm provides efficient transactional legal advice and represents clients on a broad spectrum of matters arising in the course of doing business in Ukraine. Asters’ capability is based on one of the largest teams of professionals, including 14 partners and more than 60 attorneys.

Asters is the inaugural winner of the 2014 Law Firm of the Year: Ukraine and the CIS award by The Lawyer and  No.1 law firm in Ukraine according to the 2011, 2012 and 2013 Top 50 Law Firms Annual National Ranking by Yuridicheskaya Practika Weekly and Kommersant Ukraine.

Asters is a holder of the 2012 Client Service Law Firm of the Year — Ukraine Award from Chambers Europe  and also a two time holder of International Law Office Client Choice Award for Ukraine. The firm is highly recommended in Ukraine by major international reviews, including IFLR1000, Chambers Global and Chambers Europe, The Legal 500 and PLC Which Lawyer? Asters’ lawyers are distinguished by the world’s best peer review-based surveys such as Best Lawyers, Expert Guides, and Who’s Who Legal.

The firm has extensive industry-specific experience and plays a leading role in advising clients in various market sectors, including agriculture, automotive, aviation, banking and finance, energy, infrastructure and transport, insurance, media and advertising, oil and gas, pharmaceuticals and healthcare, private equity, real estate and construction, retail and consumer goods, telecommunications and IT.

Asters is an exclusive Ukrainian member of professional networks such as World Services Group, L2B Aviation, Biolegis, IsFin and Global Advertising Lawyers Alliance, and the only Ukrainian law firm which is the exclusive Warsaw Stock Exchange IPO Partner.

Businesses are always looking for funding for maintaining and expanding their business operations. Due to the high cost of resources available on the domestic market Ukrainian companies try to get funds from foreign banks and international financial institutions. Despite country risks, foreign lenders lend to Ukrainian companies in the energy sector, mining, metallurgy, farming, food production, telecom and retail.

This article aims to give a brief outline of certain Ukrainian law requirements applicable to loans from foreign lenders.

The loan amounts are usually disbursed to the borrower by way of crediting its account, which was opened with a loan servicing bank in Ukraine, or by a direct payment to the borrower’s counterparty under the relevant foreign trade contract. Another option is disbursement to the borrower’s account opened abroad, which requires prior obtainment of an individual license from the National Bank of Ukraine (NBU) and, therefore, is rarely used in practice.

Ukrainian law allows the choice of foreign law as the governing law of a loan agreement. However, in order to make it enforceable, the parties should ensure its compliance with certain mandatory requirements. Under Ukrainian law, the loan agreement must be set out both in Ukrainian and the language chosen by the parties and contain inter alia a statement of purpose, term, interest, banking details of the lender and the borrower, and a provision that the loan agreement shall come into effect upon NBU registration.

In order to facilitate free substitution of creditors (which is a standard practice in syndicated lending) without the need to register each new lender with the NBU, the financing to Ukrainian borrowers is usually made through a foreign SPV or implies sub-participation structure (contemplating one lender of record having contractual arrangements with multiple sub-/participants). Both techniques enable the minimization of administrative clearance in Ukraine. However, a sub-participation structure appears to be preferable in terms of Ukrainian security legislation, which does not establish a workable mechanism for creation of registered security in favor of multiple joint and several creditors (despite being represented by an agent/trustee).

Under Ukrainian tax law, a foreign lender is subject to a 15% withholding tax on income derived in Ukraine as interest under a loan to a Ukrainian borrower, provided that such income is not attributable to a permanent establishment of the lender in Ukraine, and unless the provisions of the applicable tax treaty between Ukraine and the lender’s jurisdiction provide otherwise. Under the applicable treaty between Ukraine and the respective state on the avoidance of double taxation, the rate of taxation of interest received by the qualifying lender under the loan may be reduced or brought down to 0%.

Under Resolution No.49 of the NBU of 6 February 2014, Ukrainian residents shall not be allowed to purchase foreign currency in order to prematurely fulfill their obligations under the loan agreements with foreign lenders (currency purchase prohibition). Although there is no express indication in the mentioned NBU resolution, it seems that the currency purchase prohibition shall apply to the loan agreements executed both prior to and after the effective date of the NBU resolution. The Resolution shall be in force until cancelled by a separate resolution of the NBU to that effect. Given that Resolution No.49 has only been in force since 7 February 2014, there are no formal clarifications regarding the application of the currency purchase prohibition prescribed by it, i.e. whether such prohibition applies only to voluntary early repayment or whether it may also apply to any acceleration of the loan repayment. Furthermore, it is unclear whether the prohibition would apply to the payments made by the execution service on the basis of a court decision upholding creditor's claims under a loan agreement. Hopefully, the respective clarifications are issued by the NBU soon to shed light on the grey areas in Resolution No. 49.

The aforementioned new requirements do not appear to directly affect the foreign lender’s position. Furthermore, the requirements do not apply until the relevant monies are disbursed or on-lent to Ukraine. However, the local recipient may run into additional conversion costs resulting from the sale requirement if the designated use of the loan disbursed or lent on to Ukraine did not imply the conversion of loan proceeds into local currency (such as payments to counterparties under cross-border contracts, refinancing of foreign currency loans). Notably, the above requirement does not apply to the financing extended by those international financial institutions in which Ukraine is a member (such as the EBRD and IFC).

Although guarantees are commonly used in other jurisdictions, they cannot be issued by local entities, which are not banks or financial institutions. Therefore, suretyships are frequently used instead of guarantees in cross-border lending transactions involving Ukrainian companies. Payments under suretyships granted in connection with the obligations of foreign parent companies would require receipt of an individual NBU license, which is not necessary if secured loans are disbursed to Ukraine.

Overall, Ukrainian laws and implementing rules provide for workable mechanisms for creating security and establishing priority of the mortgagees’ and pledgees’ claims, enabling registration of mortgages and pledges with the public register of proprietary rights to immovable property and register of encumbrances of movable assets. However, foreclosures of certain pledges are still a challenge. Especially vague are certain aspects of extra-judicial enforcement mechanisms under pledge of receivables denominated in the local currency, securities, equity interests in limited liability companies and balances in bank accounts, including non-convertibility of local currency enforcement proceeds into foreign currency, mandatory involvement of target companies (their shareholders) in the enforcement proceedings, revocability of securities transfer orders and payment orders. This generally results in excessive drafting efforts and difficult negotiations with servicing banks and custodians involved in transactions.

Security in project finance transactions has its specifics given that a project SPV does not usually have any valuable assets, while it may hold licenses, permits, consents and lease rights which are required for the implementation of the financed project. Therefore, security in project finance is taken by the creditor with a view to being able to take control over the project as a whole (“stepping into the sponsor’s shoes”). Since licenses, permits, consents and lease rights are not assignable under Ukrainian law, security interest is created, inter alia, over the shares (participatory interest) in the project SPV, unfinished constructions, assets to become the pledgor’s ownership in the future, off-take contracts with customers (clients).