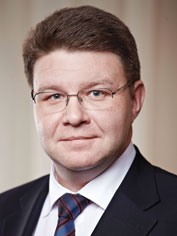 Antika Law Firm was founded in 2010. The firm provides legal services to national and international companies that do business in Ukraine and abroad.

The main areas of practice are:

The firm has been recognized by authoritative international and Ukrainian guides to legal profession such as The Legal 500 EMEA, Chambers Global, Chambers Europe, Best Lawyers, Ukrainian Law Firms, 50 Top Law Firms of Ukraine, and is recommended in the area of antitrust, corporate/M&A, dispute resolution, banking, finance and capital markets, real estate, land and subsoil use.

Our lawyers are professionals with wide experience and skills able to provide comprehensive and creative solutions. We follow traditions in law. Meanwhile, having a good understanding of today’s challenging business requirements and a deep knowledge of the legal environment we bring an innovative, creative and practical problem-solving approach to all of our work.

The firm’s main principles are high quality and timely legal services, strict confidentiality and a bespoke approach to every client’s project. The firm’s professional liability is insured.

The firm also advises the World Bank, the European Bank for Reconstruction and Development, USAID on energy and utility efficiency projects implementation in Ukraine.

The principles of delivering justice are declared in the Constitution of Ukraine. The most important principles are: justice is carried out solely by courts; delegation of the functions of a court as well as their assumption by other state bodies or state officials are inadmissible; extension of court jurisdiction over all legal relationships emerging in the state; judgments are binding over the entire territory of Ukraine.

For example, the procedural law excluded from jurisdiction of commercial courts cases on privatization of the state residential fund, on pricing of products (goods), and also tariffs on services (conducting works), if these prices and tariffs cannot be fixed by parties according to the law, cases on approval of standards and technical terms, cases on public legal relations and within the competence of the Constitutional Court of Ukraine and administrative courts, other disputes within the jurisdiction of other state authorities in accordance with the laws and international agreements of Ukraine.

Private individuals should appeal to administrative courts for protection of their violated rights, if the rights of a private person or an entity have been violated by a subject of state authority while exercising authorized management functions. Administrative courts also consider cases when a subject of authority files a claim against an individual or an entity, if such dispute has a public and legal nature. Administrative cases include, inter alia, disputes with bodies of the State Tax Administration during a taxpayer’s appeal against tax notifications and decisions, disputes regarding assignment, calculation and payment of benefits, disputes against decisions, actions or inaction of local councils regarding granting of land plots to individuals or entities, disputes arising from legal relationships in connection with election procedures or referendum, etc. Procedural law sets certain restrictions on settlement of disputes by administrative courts, and their settlement comes under the jurisdiction of other courts. Thus, administrative courts have no jurisdiction in:

— public legal cases which are under the jurisdiction of the Constitutional Court of Ukraine;

— cases that must be considered in the order of criminal proceedings;

— cases on relationships that are referred to internal activity or exclusive competence of a union of citizens according to the law or its charter (regulation).

General courts consider all other cases where an individual is involved, as well as cases apart from those cases that are within the jurisdiction of other courts. General courts consider disputes arising from civil, housing, land, family, labor relations, cases on establishment of legal facts, cases on recognition and enforcement of decisions of foreign courts, etc. The system of general courts is the most extensive (the courts are established in districts, city districts and towns), and in this connection some cases within administrative jurisdiction are settled in general courts as administrative courts of first instance. This approach is considered justified as the district administrative courts include districts and are usually situated in regional centers.

The system of courts of general jurisdiction has four instances.

Local courts are courts of first instance and are the most numerous. Courts of first instance decide on the merits of a case, and are therefore entitled to establish the factual circumstances of a case by examining evidence collected in the case in question in accordance with its own inner convictions. The judgments of local courts usually enter into effect after the expiry of the term for their appeal or after review by the court of appeal, if they are not canceled or not altered according to the result of such review.

— cases on unequal application by the court (courts) of cassation of material law in similar legal relationships in the order stipulated by procedural law;

— cases where the violation of international obligations during consideration of a case by Ukrainian court is determined by an international judicial institution the jurisdiction of which is recognized by Ukraine.

Application for review of the cassation courts cases should be brought to the Supreme Court of Ukraine within three months from the day of the relevant resolution being adopted.

According to the results of a case’s consideration establishing the illegality of the judgment, the Supreme Court of Ukraine cancels it and takes a new one that should include a conclusion on proper application of the substantive law regarding a legal dispute and explanation on mistaken conclusions of the court of cassation regarding this issue. In some cases, the Supreme Court of Ukraine has the right to send the case back to the court that adopted the judgment being appealed against.

The current procedural law of Ukraine stipulates that the judgments of the Supreme Court of Ukraine regarding the correct application of this or that rule of law are binding for all members of social relationships — not only for the parties but for all state bodies, including the judges who apply this rule.