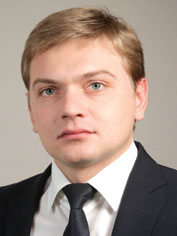 Gide Loyrette Nouel is the only international law firm in Ukraine to have originated in France. Founded in Paris in 1920, Gide now operates from 17 offices in 14 countries. The firm has more than 600 lawyers, including 96 partners, drawn from over 35 different nationalities. In the beginning of 2014 the Kiev office enforced its German capacity with a team of 9 lawyers, including a German qualified lawyer.

In each of its offices in Europe, Asia, North America, Africa and the Middle East, Gide puts its comprehensive knowledge of local markets, its regional expertise and resources of an international law firm to the service of its clients.

Gide’s commitment to the worldwide business community is reflected in its client base, over half of which are international or overseas-based private or quoted companies. Gide advises foreign investors, banks, international institutions, public authorities and leading local business groups on all legal issues arising in the course of their investment, commercial activities, and financial transactions.

Gide’s Kiev office was established in 2006, and now offers a broad range of legal services by Ukrainian, French and German lawyers and legal consultants under the leadership of partners Bertrand Barrier and Dr. Julian Ries.

Gide Kiev offers services of outstanding quality to its international client base amidst an often unstable Ukrainian legal and regulatory environment. Gide Kiev advises both investors wishing to set up a business in Ukraine and already existing companies. The Kiev office renders services covering all aspects of business life to its clients and is able to draft all forms of legal documentation in Ukrainian, Russian, English, German and French.

The expertise and practice areas of Gide in Kiev cover:

Our focus industries include:

This article looks at project finance structures typically used in Ukraine and takes the reader through the risks which the interested parties may face in Ukraine.

International borrowings and project finance transactions have recently become increasingly relevant in Ukraine for funding mid-size and large-scale infrastructure, energy, transportation and property development projects.  This is explained, mainly, by two reasons. First, like most developing countries, Ukraine badly needs upgrades and replacement of infrastructure and production assets. Second, the lack of spare domestic capital results in a need for enormous foreign borrowings and investments to satisfy the growing infrastructure and production needs. In this context, project finance is one of the instruments enabling the companies to attract large financing packages for funding large-scale projects.

The regulatory framework and developing-country risks complicate the structuring of project finance transactions in Ukraine. Hence, the identification and assessment of risks is an essential point for building-up a suitable finance structure compatible with long-term operational considerations of the parties. The risks which require extra attention include:political instability risk, currency devaluation risk, currency control risk, regulatory and legal system risk.

Political security is an area of uncertainty, especially in developing countries, for project lenders. In practice, the allocation and mitigation of political risk are possible in several ways. Involvement of international financial institutions, such as the IFC and the EBRD, into the project serves as a guarantee for creditors and investors that there will be far less interference by the host government with the project company’s ability to repay private-sector debt. Another option is a loan repayment guarantee by a bilateral or multilateral agency (for example, MIGA or Euler Hermes), through a political risk insurance program, which can be used to address political risks. Finally, political risk insurance from the sponsor or affiliated commercial company is another way to reduce this risk. Additional comfort may be achieved by the formation of joint ventures to spread the risks among several project owners or by specific contractual protection (choice of law, international arbitration, stabilization clauses, etc).

It is a particularly significant risk in project financings because of the differences in the revenue currency under an off-take sales contract, on the one hand, and the debt and expense currency, on the other hand.  This risk is particularly prevalent in projects where a loan is made in a foreign currency and repayment is made by the project company with earnings only in the local currency. As a result, any significant fluctuations in the currency exchange rates may put the project company into a position where it is unable to generate sufficient local currency for debt service. Protections against this risk are limited but still exist, for example, indexing purchase prices under off-take contracts to inflation or to fluctuations in the exchange rate, or raising debt in the local currency. This risk can also be improved by structuring contracts to match the revenue currency with the debt currency or, alternatively, the risk may be shared by project participants, including the lender. Another alternative is the obligation of the sponsor or guarantor to make-up any shortfall in debt service caused by devaluation.  Unfortunately, OTC derivatives and currency swaps are not available in Ukraine due to the lack of legal framework. Also, taking into account the highly volatility FX rate in Ukraine, it is unlikely that bilateral or multilateral agencies would be prepared to provide foreign exchange risk insurance.

The currency control risk consists of two main elements: a non-convertibility of currency and the currency transfer risk. The non-convertibility risk results from the limitations on the residents’ ability to convert the local currency into the foreign currency in which the loan or other payments must be paid. By way of example, Ukrainian entities are not allowed to purchase foreign currency for early loan repayments or payments under guarantees given as security for non-resident’s obligations. Another requirement to convert 50% of foreign currency proceeds received from non-residents into the local currency is particularly troublesome in export projects. The currency transfer risk is associated with the restrictions on making payments in the foreign currency by residents to, or for the credit of, non-residents. In particular, residents may make only those foreign payments which are expressly envisaged in law and fall under a statutory exemption from the licensing regime. Other payments require an individual license of the regulator. It is, however, very rare for all these factors to prevent a project financing completely. There do exist structuring techniques which make it possible for the parties to overcome the regulatory hurdles and mitigate the risks to an acceptable level. For example, the project can be structured through intermediary off-takers to capture hard currency revenue streams offshore, thereby reducing currency transfer and convertibility risk.

Additional risks are associated with foreign investment, lending and regulatory laws of Ukraine which are very conservative and less developed than in developed countries. This results in a degree of uncertainty to the project lenders and adds an additional layer of complexity for implementing typical project finance structures. When structuring the financing the project lenders should carefully consider the applicable regulatory requirements, such as the mandatory registration of loans from non-residents, a maximum permitted interest rate cap for foreign loans, a prohibition on foreign bank accounts without an individual license, limited scope of guarantees provided by non-regulated entities, etc. Further, it is highly important for the lender to carry out a thorough due diligence exercise on the project company, its assets, permits and licenses necessary for the ownership, development, construction, start-up, operation of a project. In our experience, the due diligence checks should go far beyond the scope and matters usually requested in developed jurisdictions due to the uncertainty of the Ukrainian legal environment. This inevitably increases the costs of the financing and all parties should be prepared for that.

Once the risks are identified the parties should properly structure the deal. Project finance structures are virtually unlimited by the creativity and flexibility of  bankers and lawyers. Largely, the structures are influenced by the risk appetites of the lenders involved in the financing and by the legal and regulatory framework applicable to the project company. In general, the common forms of project finance are non-recourse and limited recourse financing.

Non-recourse financing, where the project sponsor bears no liability for the debts or the liabilities of an individual project, is unsuitable and extremely rare for Ukraine due to substantial risks involved. In most project financings, there are limited obligations and responsibilities of the project sponsor, which characterizes limited recourse financing. A project finance commercial loan is typically divided into the construction phase, which is a very risky phase for the lender because the project generates no revenues, and the operational phase. It is quite common for the lender to have full recourse to the sponsor’s assets until the construction is complete and the sponsor undertakes to inject additional equity or funds in the project company. In addition, various types of credit enhancement (guarantees and insurances) from the project sponsor or third parties are included to support the risk allocation. The collateral security which is commonly sought at this stage may include a pledge over the sponsor and/or project company’s shares. Thereafter, the loan would be of limited recourse during the operational phase.

The lender typically receives the collateral security which covers all moveable and immoveable assets of the project company available prior to, and after the completion of, the construction of a project. In addition, the lenders take the security interest in the cash flow generated by the project in the form of assignment of contract rights and project revenues under off-take agreements, the assignments of inter-company loans and the pledge over project company’s bank accounts. Furthermore, the project company is typically required to deliver to the lender an insurance program to protect the physical assets of the project and grant the pledge over insurance proceeds. Political risk insurance to the lenders is also included in the collateral.

Another alternative is the bond financing structure where a special purpose vehicle, which is incorporated in a favorable jurisdiction by the project company or the sponsor, issues bonds on the international capital markets that finance the whole project or a part thereof. As with other forms of debt financing, project bonds tend to be secured by the assets of the project/project company and are limited in recourse to the cash flow generated by the project. Although this type of financing is rarely used in Ukraine we see it as an increasingly attractive and less expensive funding source for long-term projects compared to the direct lending.

Finally, the exact structure to be selected is dependent upon a range of variables and influenced in large part by the project’s viability and the goals of the project sponsor.