Agricultural Business in Ukraine: Specific Features of the Post-M&A Disputes 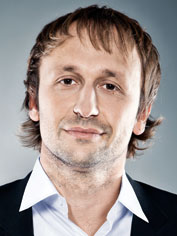 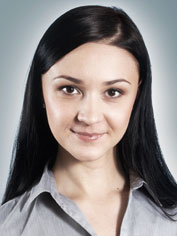 Senior Associate, International Arbitration Department, AstapovLawyers International Law Group. She has over 5 years of experience in commercial, civil and administrative litigations and arbitration proceedings, advising on recognition and enforcement of foreign judgments and arbitral awards

AstapovLawyers is one of the leading CIS-based full-service law firms with over 10 years of experience and offices in Moscow, Kiev and Almaty. The firm employs more than 120 professionals making its legal team one of the largest and capable to cover all legal aspects of company’s business. Most of the firm’s lawyers are educated at top-ranked European or US schools and practiced with leading international law firms.

Over the past years, the firm has grown and is now one of the most dynamic and fast-growing full-service law firms on the Ukrainian market. The firm provides top-notch legal expertise to leaders of the business community, both international companies operating in Ukraine, the CIS and Europe, and Ukrainian/Russian businesses.

The firm has been constantly highly ranked by local and international legal directories — the firm is recognized as “very committed and professional providing timely practical and concise advice” by Legal 500 as well as Chambers, Who’s Who Legal and PLC Which Lawyer. AstapovLawyers has been recognized among TOP-50 largest law firms in Russia (taking position No.36) alongside with leading international and national players by the most reputable CIS business publishing house Kommersant, and TOP-4 law firms in Ukraine according to the survey conducted by Yuridicheskaya Practika Weekly/Kommersant.

A specific feature of Ukrainian agribusiness is formation of major agricultural holdings made up of a significant number of smaller companies incorporated both in Ukraine and abroad. Such smaller companies are often the main holders of the business’ assets, whose assets include the rights to land, infrastructural objects together with equipment and machinery, goods both already produced and yet in the process of production, business’ liabilities and receivables. Of the above, access to land is frequently a primary reason for M&A deals, and so the disputes arising from such deals will inevitably come across the land bank issue, but not only.

At the pre-sale stage contracting parties have to be very well informed about the kind of assets they enter into the deal with. This is, first and foremost, relevant to the technical state of infrastructural objects as well as equipment and machinery, quantity and quality of goods, extent of business’ liabilities and number of funds to be received. Each of these will be addressed in more detail below, now suffice to say that payment of the purchase price will directly depend on the adequacy of the pre-sale due diligence reports.

Payment of the purchase price in M&A deals involving complex businesses and numerous assets is usually broken down into several stages, whereby the buyer shall pay to the seller an agreed proportion of the purchase price prior to, or shortly after, signing of the respective M&A contract, with the rest of the price payable by several instalments subject to the results of the post-sale due diligence. In this relation, the M&A contract will, no doubt, specify each of the parties’ post-sale obligations as well as warranties and indemnities, especially where the contract is subject to English law and arbitration (and most often it is). However, while before the sale the seller is the one who has control over the business’ assets, post-sale the seller loses its control and the buyer literally “takes it all” with much room for various manipulations.

First and foremost, it should be mentioned that the State of Ukraine does not have proper control over the country’s land resources. Despite certain governmental attempts to introduce legislative amendments and conduct an inventory of the land, the reality remains as it is: a significant number of land, whether owned by the State or private companies and persons, is either difficult or impossible to trace on paper.

Now, the Land Code of Ukraine is very strict in that agricultural land cannot be owned by either foreign persons or foreign legal entities. At the same time, the largest land bank holder in Ukraine is registered in Cyprus, the next company in the list is registered in Luxembourg and the list can be continued. Similarly, smaller companies forming such holdings are often incorporated in foreign countries which means that, in fact, “Ukrainian” agricultural companies cannot, and do not own agricultural land in Ukraine, but lease it from thousands of landlords, with each of such landlords holding in average of three to five hectares of land. By way of simple math, for the largest Ukrainian land bank holder the above means conclusion of around 200,000 separate land lease agreements, each of which agreements must be registered with the respective state authorities in order to ensure a company’s right to lawfully cultivate the land — something that, we have to admit, is far from being a Ukrainian reality.

In the circumstances, it becomes possible for the sellers to misrepresent the number of land in their possession pre-sale and, correspondingly, for the buyers to deny post-sale that certain land has, indeed, been transferred to them. Once the dispute comes to arbitration, the lawyers will have to conduct an extensive disclosure exercise and analysis in their attempt to find out the truth. With thousands of hectares of land involved, such an exercise will result in significant costs for both parties, regrettably, with no guarantees to be provided.

Speaking about infrastructure objects we have in mind, first and foremost, production and storage facilities coming with the respective equipment and machinery. The potential area for a dispute here is their technical state and, thus, their value. While the contracting parties usually have quite an accurate common understanding with regard to the objects already built as well as equipment and machinery,  objects still under construction or reconstruction remain the grey area, which allows the sellers to insist on higher price of such objects. In their turn, post-sale, the buyers may be taking various steps aimed at destroying infrastructural objects with the purpose of decreasing their value. The latter is specifically relevant where, as we have already mentioned, the primary reason for the deal is getting access to the agricultural land bank.

Once the dispute is brought to the surface, the matter will largely involve fact finding and expert examination. Depending on the contents of the M&A contract, potential issues to be referred to the experts may concern the technical state of the objects at question both before the sale and at later stages and, further, determination of their value for the purposes of the purchase price corrections.

The main issue as to goods is their actual quantity and quality. Should the post-sale due diligence envisage their revision, the M&A contract has to be construed so as to prevent the buyers’ possible manipulations with stock and, in case such manipulations are identified, impose on the buyers adequate liability. In our practice, we have come across the buyer’s uncontrolled dispatches of goods post-sale, in which circumstances it was no longer possible to determine the quantity of goods in fact transferred by the seller after the contract had been signed.  The same is absolutely relevant to the quality of goods, in particular given that even the storage conditions can lead to their deterioration.

Similar to the above, once the dispute is brought on the surface, the fact finding, disclosure and expert examination exercises will have to be conducted. Potential issues to be referred to the experts will primarily concern determining the pre- and post-sale quality of goods and whether any changes in quality could have been caused by improper storage or any other actions of the new owner.

The disputes relating to business’ liabilities and receivables are more frequent but less complicated if compared to the above discussed items. Certain undisclosed liabilities can transpire post-sale, however, these are easily traceable and, as a rule, buyers’ respective rights are protected by various legal mechanisms set out in M&A contracts. In circumstances where the purchase price additionally depends on the number receivables in fact collected by the buyers post-sale, it is important to ensure that M&A contracts contain legal mechanisms to protect sellers’ rights against buyers’ possible manipulations. Both issues are largely a matter of legal construction and approach, while a fact-finding exercise will still be required.

To sum up the above, the authors are of the view that a thorough pre-sale due diligence of the business subject for sale cannot be overestimated, and is of equal importance both for the buyers and sellers. Furthermore, M&A contracts themselves should be carefully drafted by competent lawyers with deep knowledge of, and extensive expertise in, the agricultural field. Such an approach would ensure smooth transfer of ownership and decrease the number of disputes arising out of M&A deals.