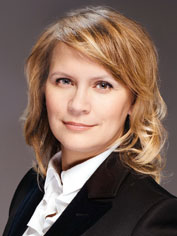 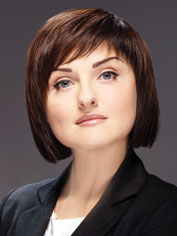 Based in Kiev, Odessa and Chicago, Lavrynovych & Partners law firm advises companies from over 30 countries. Nearly half of the firm’s clients are international companies, including multinational corporations listed in the Fortune Global 500.

Founded in 2004, the firm provides full range of legal services thanks to more than 35 committed professionals, staffed in Ukraine and the USA.

The practical and sound advice we offer to our clients is a result of teamwork of our expert lawyers. This approach is acknowledged by World’s Top 10 law firms who choose us to be their local partner in supporting large scale cross-border and multibillion transactions in Ukraine.

Our commitment to internationally recognized professional standards, as well as our efforts in being at the very top of our profession, results in highly valuable clients satisfaction and in external recognition we gain internationally and locally.

The On Public-Private Partnership Act of Ukraine2 (the PPP Act) has been effective for more than three years but no project as pure public-private partnership (the PPP) has been implemented in Ukraine to date. The article below is an attempt to analyze the deep roots of such an unwelcome situation in the Ukrainian PPP market as well as to highlight the habits which can be followed to ensure its changes to the better.

“The donor community needs to overcome its distaste for the profit motive and realise that this is what drives the innovation and dynamism of the private sector. It can present benefits as well as costs, opportunities as well as threats and advantages as well as disadvantages. In development terms, the private sector is neither a good thing nor a bad thing; it is a necessary thing”.

Historically and, firstly, PPP is a venture. It is a venture because the risks and rewards of both the public agency (state or local) and private company are combined and shared in the agreement concluded by them. It is important that such a venture is usually negotiated for long term and mutually-beneficial relationships. While the benefit of the private sector is, usually, profit, the benefits for the public sector need to be addressed in more details. The main reason for which the public party may turn to the private investments into those spheres and services which have been traditionally handled by them is the lack of funds (i.e., for improving housing and community facilities, roads, etc). In some cases the public party may seek  intellectual resources to improve the quality of the services provided by it (i.e., for public schools and public healthcare institutions, etc.).

According to the PPP Act, the PPP is the agreement between the state partners (the State/the Autonomous Republic of Crimea/the local communities) and private partners (the legal entities except the state and communal ones and/or individual entrepreneurs).

The main features of the PPP are, according to the PPP Act:

— Increase in technical and economic efficiency;

The spheres in which PPP can be utilized in Ukraine are:

— Research and production of mineral resources;

What PPP is not

According to the PPP Act, within the scope of the PPP the following agreements can be concluded:

— Other agreements (except product sharing agreements concluded according to respective laws4).

However, not all concessions, JOA’s or other agreements can be treated as PPP. The PPP agreement due to its specific public oriented purpose is a special type of the agreement which goes beyond the scope of a pure JOA or concession. It has to comply with the main features of the PPP and be introduced into the spheres stipulated in the PPP Act.

According to the Draft Act of Ukraine On Amendments of Certain Legislation Acts Concerning PPP which is currently under the work of the PPP expert group at the American Chamber of Commerce (the Draft) extension of the forms in which PPP can be concluded is proposed as well as addition of an asset management agreement. In addition, it is proposed to directly stipulate in the PPP Act that the PPP agreement can include terms and conditions inherent to different types of agreements stipulated in the laws of Ukraine.5

What PPP has to be

To increase the use of PPP it has to become an effective tool in meeting public needs and private investors’ interests which is not the case in Ukraine so far. The main reason for that is the legislation gap. Currently in Ukraine there are only three legislation acts in the PPP sphere, namely the PPP Act, the Concept of PPP’s Development for 2013 — 20186 and the Methodic of Risks’ Identification and Evaluation.7

While there can be misperceptions about the value of the PPP, there are no inconsistencies about who should endorse them. Since the first public private imitative introduced in the UK in 1992, governments themselves are the biggest supporters of the PPP. Thus, no other party other than the Ukrainian government should lead the process of the statutory foundation and implementation of PPP in Ukraine. While there hardly in the world two PPP projects which are exactly alike, the key drivers of PPPs remain the same for each country, and they are the following:

— The setting in place of a transparent and competitive proposal process;

— An organized state unit available for negotiation and monitoring of the PPP;

— template of the PPP agreement as the starting point of the negotiations;

— open communication with the people affected by the PPP.

“There is no peace among equals because equality doesn't exist in this universe. Either one prevails and the other follows, or both negotiate their differences and create a greater partnership”.

Returning back to Ukrainian realities, it can be concluded that there is more work to do than has been done in this regard. The dealbreakers of PPP according to current legislation in their highlights are:

— inconsistent and unclear distribution of powers among state authorities involved in the PPP procedure;

— a vague proposal procedure (or its absence — in some cases);

— undeveloped procedure of granting land for use by a private partner;

— obligation to follow the standard public procurement procedures, while such should be legally evaded due to the special public purpose of the PPP;

— unpredictability of compensation of damages  in case of early termination of the PPP;

— suspension of the international arbitration procedure in PPP agreements, etc.

“Corporations often partner with government after natural disasters… As a rule, however, long-term civic/corporate partnerships are still rare. But this need not remain the status quo, as many opportunities are available for such partnerships”.

Irrespective of the fact that implementation of a pure PPP project in Ukraine remains a “walk on a thin ice”, it should be noted that a huge amount of work has already been done by the Ministry of Economy of Ukraine and the special PPP department aimed at developing this tool in Ukraine and to make it efficient and attractive for all affected parties.

1 James Roscoe Drummond (1902 –1983) was an American political journalist, covered nine Presidents during his career, and was also director of information for the Marshall Plan and a founding member of Freedom House.

4 Including but not limited to the On Products Sharing Agreements Act of Ukraine.

7 The Regulation of the Cabinet of Ministers of Ukraine On Approval of the Methodic of Identification and Evaluation of the Risks Related to the PPP as well as  Determination of the Forms of Their Management of 16 February 2011, No.232.