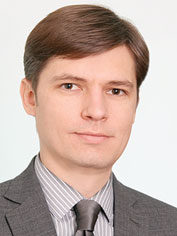 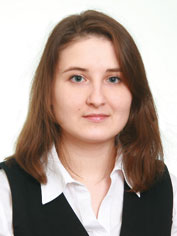 Lexwell & Partners is a full-service professional law firm dedicated to providing efficient, innovative and commercially driven legal solutions. The firm’s experience, outstanding team and language capacity have enabled it to deliver comprehensive corporate and commercial legal services to leading multinational and domestic companies. The firm is a value-driven law firm guided by the principles of providing the highest standards of service, with not only an excellent reputation but an individual approach to every single client.

Lexwell & Partners is extremely experienced in mergers and acquisitions, investment, corporate, and litigation practices. Thus, the firm has handled acquisitions by Evraz and its affiliates of the Ukrainian metals and mining assets (YuGOK, Dnepropetrovsk Metallurgical Plant named after Petrovsky (DMZ named after Petrovsky), Sukhaya Balka, Bagleykoks, Dneprokoks, Dneprodzerzhinsky Coking Plant (Dneprodzerzhinsky KXZ) amounting about USD 3 billion, acquisition by international cement holding CRH a variety of Ukrainian assets, including Podolskiy, Odessa and Nikolaev cement plants, granite quarries and concrete plants, and their further modernization for a total of over USD 500 million, advising on litigation in the High Court of Justice in London on the assets of Ferrexpo (Poltava GOK), a top 500 LSE listed company with more than USD 1 billion market capitalisation, representation in USD 100 million National Oil & Gas Company litigations, representing interests of East Metals in the course of arbitration as per USD 50 million dispute, etc.

The firm is widely recognised as one of the most reputable Ukrainian law firm. Professional level of its lawyers is highly ranked in legal market researches by Ukrainian Law Firms, LexQuorum, The Legal 500, Kyiv Post, Yuridicheskaya Practika and others. Thus, since the moment of Lexwell & Partners foundation and years afterwards (2005 — 2012), the leading Ukrainian legal periodical, Yuridicheskaya Practika, listed the firm among Top 5 Ukrainian Law Firms ranked by revenue per lawyer. In 2008, Lexwell & Partners took first place in the Ukraine’s largest M&A deal rating (USD 3 billion); in 2009 and 2012 — in the largest litigation case rating (USD 1 billion).  In 2013, among top 10 cross-border M&A transactions in Ukraine for 2011-2013 published by Forbes, 20% of transactions were handled by Lexwell & Partners lawyers. Also, the firm’s M&A experience was recognized in the Legal 500,  while Kyiv Post listed Andriy Kolupaev, partner, among the Top 5 Lawyers in Ukraine.

Ukraine has succeeded in improving its investment attractiveness lately. Thus, Ukraine has risen 25 places on the World Bank’s Doing Business 2014 report, up from 137th last year. The country has improved its ranking in ease of starting a business, from 50th (2013) to 47th (in 2012 it was 112th): on average it takes 22 days and seven procedures to open a business in Ukraine, a notable improvement in efficiency. Other factors helped to improve Ukraine’s score includes property registration (97, up from 149). Regardless of a 25-position jump from 2013, Ukraine still has a low ranking — 112 out of 183 economies.

Despite the positive dynamics, the current political situation in Ukraine makes it impossible to predict the perspectives of the country’s economic development. Ukraine has always been (and now even more) considered a high risk country, which only proves the possibility of high returns on investments which are done thoroughly and with strong legal support. The key problems in Ukraine’s investment climate such as inadequate rule of law, a lack of fair and impartial dispute resolution mechanisms, official corruption, and poor enforcement of domestic court and international arbitration decisions remain unchanged.

Below you may find a short overview of the some aspects of foreign investment in Ukraine as well as recent legal developments in the field which may be interesting for potential investors.

One of the most important issues a potential investor needs to consider is the tax implications of an investment.  Although investment can be made in a number of ways, the most common is the use of a holding company structure as a potentially tax-efficient method of inbound investment into Ukraine. By structuring acquisition of Ukrainian companies through an overseas holding company, a foreign investor can obtain business and tax benefits, including possible lower withholding tax rates and application of beneficial tax treaties. Traditionally, in Ukraine the most popular holding company jurisdictions are Cyprus, the Netherlands, and the British Virgin Islands.

Cyprus remains a popular offshore destination for Ukrainian enterprises through which to channel investments due to a lucrative bilateral tax treaty between Ukraine and Cyprus concluded in 1982. This treaty, however, came under heavy criticism, both from within Ukraine as well as from third parties like the World Bank, which in 2010 recommended to Ukraine the elimination of such a preferential double tax treaty (the old USSR treaty imposed no withholding taxes on dividends, interest, and royalties). In July 2013, the Ukrainian Parliament rati­fied the Convention for the Avoidance of Double Taxation and the Prevention of Fiscal Evasion with Respect to Taxes on Income (Cyprus — Ukraine DTT) signed between Ukraine and Cyprus in November 2012 (Cyprus did this in March 2013). The Cyprus — Ukraine DTT replaces the old one and came into effect on 1 January 2014.

Experts believe that Cyprus will still hold its position as the preferred location for international investments into Ukraine, as the new rates are considered modest. All in all, the new Cyprus — Ukraine DTT eliminates the uncertainty that existed around it and, therefore, facilitates new business. It will allow Cyprus to continue to act as a gateway for other foreign investors wishing to invest in Ukraine. It remains to be seen, however, whether recent changes in Cyprus will have an impact on its continued attractiveness as the country with the largest foreign investment in Ukraine.

Furthermore, on 27 November 2013, the Ukrainian Government approved the Convention for the Avoidance of Double Taxation and the Prevention of Fiscal Evasion with respect to Taxes on Income and Capital Gains between Ukraine and Ireland (Ireland — Ukraine DTT) which countries signed in April 2013. Now the treaty should be ratified by the Ukrainian Parliament and signed by the President. The Convention will come into force from the beginning of the year following the completion all procedures to be followed by both parties. So, most likely it will not happen before 1 January 2015.

When the Ireland — Ukraine DTT enters into force, Ireland may become a rather favorable tax jurisdiction to constitute a holding company in as long as, according to the World Bank Doing Business 2014, Ireland’s global ranking is number 6 in both paying tax and investment protection rates (by comparison, Cyprus ranks 33rd and 34th respectively).

On 6 September 2012 the Ukrainian Parliament adopted the On Incentives for Investment Activity in Priority Industries to Create New Jobs Act of Ukraine (Investment Incentives Act) providing significant incentives to companies in “priority industries”. Also, related amendments were made to the Customs Code of Ukraine and the Tax Code of Ukraine. These legal developments came into force on 1 January 2013, and their positive effect would be noticeable by 2023

Investment Incentives Act defines a “priority industry” rather broadly. Thus, it covers any industry aimed at the production of high-technology competitive ecologically-clean goods and high-quality services provided that it: (i) implements (facilitates implementation) the Government’s strategy on the development of productive and export potential of Ukraine; and (ii) creates new jobs. A specific list of priority industries is set out in the Resolution of the Cabinet of Ministers of Ukraine On Approval of the List of Priority Industries of 14 August 2013. According to the said Resolution, priority industries involve (i) production, storage of food, including baby food; (ii) import substitute biofuels production; (iii) establishment of waste treatment facilities; (iv) heating, water supply or sewerage facilities construction, reconstruction or technical re-equipment; (v) various computer electronics, optic  and automobile production; (vi) transport infrastructure facilities construction, reconstruction or technical re-equipment;  (vii) recreation and tourism infrastructure facilities construction; and (viii) import substitute metal production.

A company in the priority industry may be entitled to application of the incentives regime if it meets the following requirements:

— approval of the investment project by the Cabinet of Ministers of Ukraine;

— investment amount makes up more than EUR 3 million (EUR 1 million and EUR 500,000 thresholds are established for mid-size and small companies);

— the number of new jobs (directly involved in the main business processes of the company) is more than 150 (50 and 25 for mid-size and small companies); and

— the average salary of employees is not less than 2.5 statutory minimum salaries.

The introduced incentives for investments include tax and customs benefits.

At the same time, the amount of tax the economy gained from the tax incentives should be used only for the specified purposes — reinvestment in the project for its further development.

According to the new rules, import of equipment for the eligible project and spare parts thereof should be exempt from customs duties provided that such equipment and spare parts are unavailable in Ukraine, new (were not used), excise-free in Ukraine, and produced no earlier than three years prior to the approval of the investment project.

Although at first sight the above measures taken by the Ukrainian Government seems to be highly favorable and capable to meet its main goals, to stimulate the investment inflow in Ukraine, red tape and corruption widespread  in the country may bring all there efforts to naught.