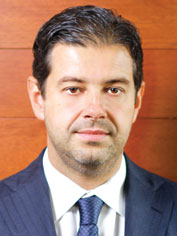 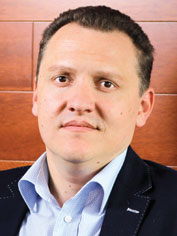 During  2008 and 2009, which became the time of systemic perturbations in the economy and structural transformations in Ukraine the Law Offices of Alekseev, Boyarchukov and Partners became a leader of the legal services market in providing legal assistance to major banks and companies as to debt restructuring and bankruptcy and also successful dispute resolution.

Since 2012 the Law Offices of Alekseev, Boyarchukov and Partners has been a member of European Business Association (EBA) and also a member of the American Commercial Chamber in Ukraine (ACC).

Today, the Law Offices of Alekseev, Boyarchukov and Partners is a team of more than 30 professionals, including experienced lawyers, attorneys and arbitration managers, who provide a wide range of legal services in different spheres of law.

The major legislative changes of 2013 included the main one — the On Bankruptcy Act of Ukraine came into effect. It was passed in 2012, only came into force in 2013. For various reasons, the application practice of the new Act failed to be formed. There were only sporadic attempts at its application. This happened because market participants did have an opportunity to assess the new Act. The new Act was not entirely clear for the market participants and therefore bankruptcy proceedings continued under the old On Bankruptcy Act. By the end of 2012, there were a lot of bankruptcy cases. For the same reason, in 2013, the number of bankruptcy cases decreased. Another reason for the lower number of bankruptcy cases was the fact that in recent years the main source of bankruptcy cases and restructuring was bank debt payable under loans taken before the crisis. And by 2013, the vast majority of bank cases were already on some stage of development. That is, some loans have been repaid, and some have not been repaid, some loans were obviously bad, legal work have been performed with some borrowers already. In other words, the main volume of work on debts under loans has already been performed. Currently, the cases initiated in 2011-2012 are being finalized.

Currently, banks are the main customers of legal services in the judicial branch, because proceedings continue with problem loans. The main feature of 2013 was the fact that all major bank cases that were initiated back in 2011-2012 have almost been completed. The main problem that banks bring to legal advisers is that companies that borrowed money owe to more than one bank. One bank may hold the company’s real estate, another bank may claim plant and equipment, and goods may be pledged to a third one. When such an enterprise faces problems, as a rule, a competition of claims begins. One should admit that banks are reluctant to cooperate with each other. Banks cooperate with each other only when both of them have bad mortgages. As long as all of them have bad mortgages (goods as collateral) banks cooperate with each other, they vote for each other. But if one of them has good collateral compared to others, cooperation no longer works. The latter is the main trend in servicing banks.

The program of legal risks evaluation is based on the long experience of Alekseev, Boyarchukov and Partners dealing with bad-faith borrowers. The program is based on certain criteria bad-faith borrowers, including: checking the borro- wer’s history in the banking system, checking individual founders of the borrower, their history, checking the status of collateral (and the most importantly if it was ever under any litigation, i.e. checking the entire judicial practices concerning the mortgaged property). Furthermore, the firm assesses the dynamics of events. Very often, when the problems begin with payments, the borrower begins negotiations with the bank, and at the same time it begins the process of alienation of the mortgaged property. The negotiations can last about one year, and after the assets are removed the borrower ceases the negotiations and the bank has nothing to collect. At the early stages it is very important to examine the situation when the bank notices the problem for the first time. Banks often address us to secretly examine the borrower. If the audit shows that the borrower is fair, i.e. it does have problems with payments, and it still is going to restructure its debt and it does not do anything with the collateral, we provide to the bank the relevant recommendations. But if there is a more serious problem, then we warn the bank in time and it works proactively: the borrower cannot proceed with any actions to withhold assets.

If after examination of the registers of court judgments and court records, we identify pending actions, we inform the bank, and the bank gets involved as a third party as a mortgagee, etc., to the extent of criminal cases. In general, committing any unfair actions, borrowers do not directly challenge banks in court. Instead, they illegally assign the mortgaged property to third parties. In such situations, banks have little chance.

Here is another example of a situation where fraudulent actions can be committed against banks: a land plot has been allocated for construction, an unfinished construction is then pledged to the bank. While the borrower negotiates with the bank, the land plot may be assigned to another developer, and that developer, in its turn, can assign all rights to a third developer to complete the construction. There are many ways how they can use respectively legal means to evade repayment of the loan and to withdraw assets from the mortgage. Thus, the most important thing for the bank is to detect fraudulent actions in a timely way and to respond. Often, it is too late to do anything.

Fortunately, there was no increase in the number of unfair borrowers in 2013. Currently, the major problem loans are rare. The peak of bad loans occurred in 2005 — mid 2008, when the crisis began. Many loans were granted early in 2008, when the banks’ owners instructed banks’ management to “make money work”, to allocate assets, to proceed with credit transactions. Loans were issued almost to everybody, for example, under a pledge of available goods in circulation, etc. But the pledge of available goods is practically a non-performing loan, as it is practically impossible to claim available goods.

Troubled Debt Restructuring is the most civilized and successful option of loan repayment and the most civilized way to resolve the situation between the customer and the bank. Before 2008-2010, banks only took this option very rarely. Currently, in 95% of cases, banks are very happy to restructure the troubled debt. Restructuring enables a client’s business to be saved and the loan to be repaid. Ultimately, no enforced collection of the mortgaged property can be as beneficial for both parties, as the debt restructuring. Taking into account major complex loans, the process of restructuring usually takes from six to twelve months. A smaller bank debt can be restructured within a month. Therefore, many borrowers are in favor of restructuring their debt. Troubled debt restructuring is a technology that has been developed by many Western banks, and is well accepted in Ukraine. Currently, more and more loans are being restructured. Despite the fact that the restructuring is the best way to return the debt, it is also the most difficult way, since the bank for the second time needs security. And a borrower needs to be restructured in such a way that he stays in business. And the bank needs the maximum security. However, the bank and the borrower have a more difficult time reaching mutual understanding as some trust has been lost after the time the loan was issued originally and the mechanism of guarantees is not simple. Therefore, banks and borrowers need specialized law firms as intermediaries. Since law firms use their experience, take into account previous restructuring programs, mistakes of previous instances of restructuring, the restructuring programs are constantly being improved.

The period of restructuring depends directly on the mentality of borrowers and banks. There was a certain stereotype that due to the Ukrainian mentality, due to the features of Ukrainian courts with a supposedly unregulated legal field, one can zero out a credit through skillful manipulation of the legal field. Major borrowers used to apply this technique. However, in each of such cases, it was the bank that probably made a certain legal error or did not want to fight to the end. The practice of Alekseev, Boyarchuk and Partners firm shows that there exists no such thing as the total zeroing out of the loan. One can always find methods to deal with a bad-faith borrower. The main thing is to entice such a borrower to negotiate. This is because any legal battle ends at the table of negotiation and it all depends on the mentality of the parties. In each case, restructuring plans are developed individually, since each situation is unique, and each situation is not universal. It should be noted that neither is there a universal scheme of restructuring nor a universal scheme to avoid repayment of a loan.