Association Agreement with the European Union: Opportunities and Prospects 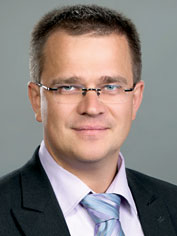 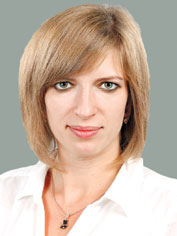 IMG Partners Attorneys at Law was established in 2000 and since then successfully works at the legal services market of Ukraine with the aim of contributing to a worthy future for our country.  Our company provides a full range of legal services including all aspects of doing business in Ukraine and abroad in the areas of: agrarian and land law, taxation, litigation, bankruptcy and restructuring, M&A, construction and real estate, commercial and corporate law, international and European law. While ensuring the highest level of services, our lawyers and attorneys provide the most efficient legal assistance in solving even the most complicated legal issues. The lawyers at IMG Partners focus on the needs of their clients, offering the most effective strategy for successful implementation of their business interests.

IMG Partners has significant experience in providing legal support to a range of leading national and foreign companies. Investment funds, development companies, public organizations are among our clients.

There is a range of effective tools at our disposal, namely own assets management company and cooperation with partner companies of favourable jurisdictions which enable us to provide clients with the services of tax planning. Furthermore, effective business relations with local and state authorities, a range of Ukrainian diplomatic and trade missions abroad and foreign missions in Ukraine help us to interact fruitfully when our clients are interested in entering foreign markets. We also provide a complete service package to support foreign investors on the Ukrainian market.

The team of IMG Partners provided legal support and guidance of projects which were included into such ratings as The 55 largest public agreements of Ukraine and The 50 major public litigation and arbitrage cases of Ukraine according to the rating research performed by Yuridicheskaya Practika Publishing and Publishing House Kommersant. Lawyers of IMG Partners Attorneys at Law were awarded among the best 100 lawyers of Ukraine according to the annual research “Client’s choice”, which is annually conducted by Yurydychna Gazeta.

Furthermore, IMG Partners became a finalist in the nomination “Legal firm of the year in taxation” in the framework of Legal Awards 2013 by Yuridicheskaya Practika Publishing and was recommended as an expert in the field of tax law in Ukraine by Global Law Experts. IMG Partners was also recognized as one of the best law companies of Ukraine according to the TOP 50 law firms of Ukraine annual research.

A thorough understanding of the business interests of clients, features of legislation and “mentality” of the Ukrainian legal system and business enable us to protect our clients from undesirable problems and risks, to be a reliable guide for business ideas in the legal field. We provide high-quality legal services, share European values and stand for doing business in accordance with European rules and standards.

The Association Agreement between the European Union and its Member States, on the one side, and Ukraine, on the other side (hereinafter — Association Agreement) is considered to be one of the most ambitious and unprecedented in its breadth and depth document in the history of Ukraine, which will facilitate the transition from partnership and cooperation to political association and economic integration.

Look back at History

Main Clauses of the Association Agreement

Signing the whole text of the Association Agreement may provide Ukraine a lot of advantages in both spheres, political and economic.

Firstly, the Association Agreement provides for the reduction or even complete elimination of customs duties on export and import. In general, Ukraine and the EU will abolish tariffs on about 97% and 96.3% of tariff lines. Furthermore, the great benefit for Ukraine is that the Association Agreement will be used asymmetrically in favor of Ukraine as the EU will lower tariffs immediately and Ukraine has a transitional period of 10 years.

Secondly, the Association Agreement establishes European rules of customs clearance procedures. It is necessary to remember that the key to successful trade between Ukraine and the EU is the simplification of customs rules and procedures. In accordance with the provisions of the Association Agreement a simple, effective and inexpensive procedure for filing complaints of entrepreneurs to the actions and decisions of national customs, if the latter badly effect on business, shall be provided.

Fourthly, the Association Agreement will contribute to stimulate domestic production and weaken state control over it by reducing the number of inspections and approvals for supervisory services.

Fifthly, the Association Agreement provides for the cancellation of Ukrainian system of GOST (state standards) and TU (specifications) for the vast majority of industrial products.

Sixthly, the Association Agreement simplifies the procedure of establishing subsidiaries and affiliates. The Agreement provides that Ukrainian legal entities which establish their companies in the EU will work according to the national treatment principle. It means that they may use all the rights and privileges as local entities do.

Furthermore, signing political provisions of the Association Agreement gives Ukraine a lot of benefits as well. Namely, it means that EU provides Ukraine political guarantees of territorial integrity and inviolability of its borders and recognizes Ukraine to be a part of Europe.

Experience of other States

Bulgaria, Czech Republic, Hungary, Poland, Romania, Slovakia and Slovenia, as well as three Baltic republics signed similar agreements in 1990. Progress reached in the space of 10 years allowed almost all the above states to join the European Union in 2004, although the EU had rather rough conditions on the economy of new members. Only Bulgaria and Romania entered the EU three years later.

Statistics show that economies of states benefit immediately after the accession to the EU. For example, the average GDP per capita in Poland, Czech Republic, Slovakia and Hungary increased from EUR 14,000 to 17,000 in the first five years after joining the EU and the income gap between new members and average index of the European Union fell by about 10%. The increase in foreign direct investments may also be a great advantage.

Thus, the Association Agreement is a chance for Ukraine to start the transformation of its economy.

In the last few months the debates about the future of Ukraine intensified. Given recent events we consider it necessary to compare two integration associations — EU and Customs Union.

Thus, the Association Agreement with the EU, unlike the Customs Union, means the transition to EU rules on the Ukrainian market which will certainly improve business climate in Ukraine. In addition, the launch of DCFTA with the EU will provide access to a larger and more predictable market with much higher purchasing power of consumers, which, however, need high quality products. For example, the EU market has about 500 million consumers, while the market of the Customs Union — only 170 million customers.

Prospects of the Association with the EU are much more specific than prospects of membership in the Customs Union. And the most important thing is that these prospects apply to ordinary citizens, not only to oligarchs and oligopolies. Thus, the Association with the EU means the modernization of the entire Ukrainian society, creation of scientifically developed, socially oriented and competitive Ukraine while joining the Customs Union means the recognition of itself as a satellite of Russia. At the same time, we should not forget that Ukraine and the Customs Union are practically at the same level of technological development, so the positive effects of mutual investment and trade will be very limited. Thus, the EU is better than Customs Union in all aspects. For example, the legal aspect of the Customs Union shows that accession of Ukraine to the Customs Union may lead to a significant limitation of the sovereignty of Ukraine, the economic aspect shows that the integration attractiveness of the Customs Union is very weak and integration framework (foreign trade, industrial cooperation, etc.) is almost lost. The political aspect shows that Ukraine’s accession to the Customs Union primarily benefits Russia and stops the European perspective of Ukraine.

However, we may not deny the fact that the Association with the EU requires from us great efforts and contributions, because any economy needs modernization and updating, especially the Ukrainian economy. Unfortunately, this issue is problematic in Ukraine. For example, since 2002 the EU has invested USD 29,700 billion into its economy, while Ukraine has invested only USD 250 billion into its economy.