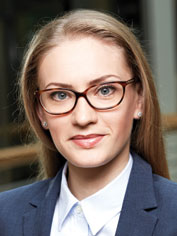 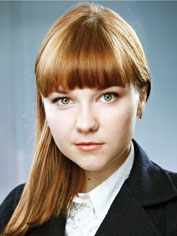 Vasil Kisil & Partners is a leading independent full-service Ukrainian law firm with thriving international and national practice. We work as a trusted adviser on high-profile local and international matters and cater to large domestic and global corporate clients, including many Fortune 500 companies.

Since 1992, Vasil Kisil & Partners’ lawyers have advanced our clients’ interests with zeal and integrity. We have established a tradition of legal excellence, and we have earned a reputation as a law firm that always goes the extra mile for its clients. We provide professional service of the highest quality combining technical expertise with commercial awareness and a business savvy practical approach to legal issues.

Telecommunications, media and IT have become an increasingly important part of Vasil Kisil & Partners’ practice during the recent years. We cover all major aspects of the legal framework of these genuinely dynamic sectors. Attorneys of our integrated cross-practice TMT team provide commercially-oriented advice based on the expert knowledge of industry specifics and extensive involvement in telecoms, media and IT projects.

Our experience in this sphere includes transactional and regulatory matters with respect to television and radio broadcasting, fixed line, mobile and satellite services, wireless cable, fiber-optic cable systems, the Internet and e-commerce. We also provide our clients with legal support in related areas, such as intellectual property, as well as represent clients in disputes arising in telecommunications, media and IT industries.

We have acted for some of the largest domestic broadcasting companies, telecommunications operators and service providers, equipment manufacturers, software manufacturers, internet and e-commerce companies as well as investors, underwriters, financial advisers and lenders in these industries.

Anna Babych, partner, has profound knowledge of Telecommunications, media and IT industry. Ukrainian Law Firms. A Handbook for Foreign Clients (2008 — 2013) has repeatedly named Anna as the firm’s leading expert in the Communication, Corporate and Antitrust Law, and Mergers & Acquisitions. The practice group is also strengthened by Oksana Krasnokutska having extensive experience in TMT projects. This mix of the team’s expertise, dedicated knowledge and hands-on commercial experience enables us to provide our clients with legal services of the highest quality.

Over the latest year the telecom and media sector in Ukraine showed large and notable M&A deals.

One of the most significant deals took place in June 2013 when the SCM Group controlled by Mr. Akhmetov acquired the largest national fixed-lined operator Ukrtelecom which has approximately 10 million subscribers. The deal was structured as the acquisition of 100% in UA ТELECOMINVEST LIMITED (Cyprus) which is the holding company for approximately  93% of shares in Ukrtelecom Public JSC (Ukraine). Ukrtelecom is also one of the key providers of Internet services (approximately 1.5 million end subscribers). Also the subsidiary of Ukrtelecom — TriMob LLC — is the only mobile operator in Ukraine holding the 3G mobile license.

In February 2013 another business group DF (controlled by Mr. Firtash) through its media division GDF Media Limited (Cyprus) acquired the controlling stake in Inter Media Group Limited (Cyprus) — major shareholder in Inter TV Channel JSC (Ukraine). Inter is one of the leading TV channels in Ukraine with a market share of approx. 9% of the audience.

Lastly, in November 2013 VETEK Group (Ukraine) closed the acquisition of almost 100% in UMH Group (Ukraine), one of the leading media holdings in Eastern Europe listed among the top 15 largest media companies in the CIS. UMH Group manages the portfolio of over 50 brands in Internet, printed media, radio in Ukraine and Russia including Vogue Ukraine, Forbes Ukraine, Telenedelya, Korrespondent, Komsomolskaya Pravda in Ukraine, Argumenty i Fakty in Ukraine, Komanda, etc. The transaction was one of the largest domestic transactions in the printed media, radio and Internet sector in 2013.

In addition to the above M&A activity the year of 2013 brought some long-awaited regulatory changes. The effectiveness and prospects of them are summarised below.

— in fixed local telephone networks starting from 1 January 2015 subject to technical capability; and

— in all other types of telecom networks starting from 1 January 2025.

Initially, the Commission intended to launch the number porting service since 1 January 2014. However, the administrator chosen by the Commission to deal with technical administration of personal numbers and porting subscriber numbers failed to develop necessary central data base and install the required telecom equipment. For that reason the launch of number porting service was postponed till July 2014. Meanwhile, some forecasts are quite pessimistic even about the said deadline. The major Ukrainian mobile operators oppose launching this service due to costs that need to be borne by them and the potential law commercial effect. It seems that Ukrainian mobile operators may be also concerned about the unsuccessful experience in Russia, where the number porting service was launched on 1 December 2013. Unexpectedly, the number of applications was dramatically small and the amount of services effectively rendered to the end users was approx. 1%. According to the available statistics only 2,600 from over 41,000 applications were satisfied because of substantial legal drawbacks and bureaucratic procedures of donor mobile operators.

Cyrillic Domain “.укр”: How will it Work?

In November 2009 the Ukrainian Network Information Centre (UNIC) filed an application to ICANN in order to receive the “.укр” domain. The domain is intended for Internet resources with names in the Ukrainian language using Cyrillic.

On 28 February 2013 ICANN Board of Directors approved the application of Ukraine and delegated Cyrillic top-level “.укр” domain to Ukraine. Ukraine became the fourth country to register its own Cyrillic domain (others are Russia, Serbia and Kazakhstan).

Since 3 March 2014 the Cyrillic top-level “.укр” domain are available for all registrants.

Implementation of Cyrillic domain is aimed at expanding Ukrainian segment of the Internet, making internet searches much easier and convenient for ordinary users.

At the end of 2013 UNIC passed the Temporary Rules on Registration and Use of Domain Names in “.укр” Domain (Domain Rules) setting out the fundamentals of domain registration, including the open registration and first-in/ first-out principles.

According to the open registration principle an applicant at its own discretion determines the name of the domain to be registered at the second level of the “.укр” domain (e.g. НАЗВА.УКР).

The first-in/first-out principle means that for registration purposes all domain names are available except for those already registered and for words and words combinations which are in the “stop-list”.

Domain names can be registered for a period from 1 to 10 years at the applicant’s discretion. Only the use of Ukrainian and Russian letters, Arabic numerals, hyphen in the middle of the domain name and apostrophe is allowed to be used in domain names. The use of Latin symbols in domain names in the “.укр” domain is forbidden.

The registration of governmental bodies’ web-sites in the “.укр” domain has already commenced in January 2014. The priority registration period for the owners of IP rights and other special categories of registrants will last for 5 months. The Domain Rules provide for 16 categories of such special registrants such as names and abbreviations of government bodies, municipal authorities, international organizations, names and surnames of high ranking officials and famous politicians, trademarks, etc.

No Offshore Shareholders for TV and Radio Broadcasting Companies

According to the amendments made to the On Television and Broadcasting Act of Ukraine in July 2013 both the incorporation and operation of TV and radio broadcasting companies by non-residents, registered in one of the offshore jurisdictions (in particular the Island of Jersey, Belize, Bahamas, the Islands of Bermuda, British Virgin Islands, Cayman Islands, the Marshall Islands, etc) is now prohibited.

Strictly speaking such amendments establish the ban for direct participation/shareholding in TV and radio broadcasting companies in Ukraine and can be circumvented by indirect shareholding.

The said amendments were adopted by the Ukrainian Parliament to ensure the implementation of the recommendations of the Parliamentary Assembly of the Council of Europe regarding transparency of mass media ownership structure in Ukraine.

It should be noted that along with the said restrictions there already existed an overall restriction for foreign legal entities and individuals to incorporate (from the outset) TV and radio broadcasting companies in Ukraine. However, it does not restrict further participation / shareholding of foreign legal entities and individuals in the said companies, but now except for companies registered in the offshore jurisdictions. Thus, non-residents (other than those registered in offshore jurisdictions) may still directly acquire shares in TV and radio broadcasting companies after their state registration.

Universal Service Fund: to Be or not to Be?

The discussions about the establishment of the Universal Service Fund have been launched in 2008.

On 27 December 2013 another Draft regarding the creating and funding of the Universal Service Fund was filed to the Ukrainian Parliament.

The aim of this law is to resolve the problem of providing access to publicly available telecom services to end users in rural, mountainous regions and vulnerable groups of users such as low-income families, elderly and disabled people.

For obvious reasons, this initiative is not supported by the telecom operators and telecom providers. It is also assumed that Ukrtelecom will be the main recipient of collected funds as historically it is the owner of the largest telecom canalization and key provider of affordable telecom services in Ukraine. According to preliminary estimates, the annual amount of funding to the Universal Service Fund will be approx. USD 1 billion.

The draft laws have not been considered by the Ukrainian Parliament yet.

* In August 2014 she left Vasil Kisil & Partners with four other partners and established Aequo law firm.