Overview of Employment Law Developments in 2013 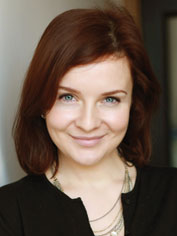 Chadbourne & Parke is a New York-based international law firm with 12 offices across four continents, with a strong presence in growth and emerging markets. Since it was founded in 1902, Chadbourne has been dedicated to providing practical business solutions to a diverse range of clients in virtually all areas of law.  Chadbourne is among the leading U.S. law firms in Central and Eastern Europe.  Our lawyers not only have an in-depth knowledge of the region, but also a significant amount of experience on both complex transactions and day-to-day legal issues that arise for companies doing business in the region, which enables us to anticipate and solve problems in this dynamic legal environment.

Chadbourne has one of the leading Ukrainian law practices. The Kiev office of Chadbourne provides a full-range of legal services to clients on a variety of matters, including mergers and acquisitions, corporate law, commercial law, banking and finance, dispute resolution, corporate finance, capital markets, real estate, energy, tax, bankruptcy and financial restructuring, employment, insurance, intellectual property, antitrust and others.

We have a very strong group of Ukrainian and expatriate lawyers with an extensive range of experience in Ukraine, and have worked together as a unified team for more than 20 years.  Our partners are consistently ranked among the top lawyers in Ukraine, and the Kiev office is recognized by international and Ukrainian legal directories as a leading law firm in Ukraine, particularly in the areas of M&A/corporate, banking and finance, real estate and energy.

Labor relations in Ukraine are primarily governed by the Labor Code adopted during the Soviet era — the Labor Code of Ukraine of 10 December 1971, as amended (the Labor Code). Provisions of the Labor Code heavily favor employees, and an employer cannot diminish an employee’s rights through an employment agreement. Despite the numerous changes introduced to the Labor Code since Ukrainian independence it is nonetheless outdated and does not adequately take into consideration current economic conditions. That is why many foreign investors find that the Labor Code decreases their flexibility in managing their labor relations.

The Ukrainian Parliament has undertaken several attempts to modernize employment relationships and adopt a new Labor Code. However, the draft Labor Code which had been considered by the Parliament since 2007 was withdrawn from consideration in 2012 and thus was never enacted into law. In April 2013 yet another draft Labor Code aimed at balancing relations between employers and employees was tabled in Parliament. The new draft was immediately criticized as being overly pro-employer. Apparently, the text of this latest draft Labor Code will be significantly revised prior to its enactment.

Despite little progress being made in respect of a new Labor Code in 2013, a number of important changes were introduced in several key areas of Ukrainian employment legislation, and these are summarized below.

On 1 January 2013 the new On Employment of Population Act of Ukraine of 5 July 2012 (the Employment Act) came into force. Among the most notable novelties, the Employment Act regulated activity of outstaffing and outsourcing companies in Ukraine and provided that legal entities and private entrepreneurs offering outstaffing services, i.e. engaging employees to provide further work for another employer, should obtain a special permit in order to conduct such activity. The Employment Act also introduced amendments to the categories of individuals who enjoy additional employment protections and established a mandatory quota of 5% for their employment in companies with an average headcount exceeding 20 persons. In addition, the Employment Act established various incentives for employers creating new jobs and hiring the unemployed and certain categories of protected persons. During 2013, a number of regulations were adopted by the relevant state authorities to clarify and implement the provisions of the Employment Act.

On 27 May 2013 the Cabinet of Ministers of Ukraine adopted the Regulation approving the new Procedure for Issuance, Extension and Annulment of Work Permits for Foreign Nationals and Stateless Persons (the Work Permit Act). The Work Permit Act replaced the previous regulation for obtaining work permits which was in effect since 2009.

The Work Permit Act contains a number of novelties as compared to the previous procedure, which are discussed below. While on the face of it they are considered positive, practical implementation of some of them may prove to be somewhat cumbersome to the employer and prospective foreign employee.

The list of documents to be submitted to the respective employment center for obtaining a work permit has been reduced to exclude, among other things, (i) substantiation of the necessity to employ a foreign national, (ii) certificates from the employment center and tax authorities confirming the absence of arrears of the employer to such authorities, (iii) a certified copy of the employer’s constituent document (which now has to be filed only in certain cases) and (iv) a draft employment agreement with a foreign national (instead, after a work permit has been issued, the employer must submit a copy of the executed employment agreement (contract) within three business days of its execution). The Work Permit Act expressly provides that employment of a foreign national is considered expedient and sufficiently substantiated if: (i) he or she seeks to be hired for an executive position with a company, provided that such a foreign national is a founder or a co-founder of such company; or (ii) such foreigner is the owner of copyright and related rights and was invited to work in Ukraine to exercise such rights.

At the same time, the Work Permit Act requires employers to submit a new document as part of the work permit application — a certificate from a medical institution confirming that the prospective foreign employee does not suffer from chronic alcoholism, substance or drug abuse or infectious diseases as listed by the Ministry of Health of Ukraine (i.e. active tuberculosis, HIV, exacerbation of other infectious diseases). In July 2013 the State Employment Center sought clarifications from the Ministry of Health of Ukraine as to the form and contents of such a medical certificate. The Ministry of Health clarified that such document may be issued in Ukraine in the form of certificate No.140/o (certificate of preventive examination for drug addiction) which confirms that an individual is not suffering from chronic alcoholism, substance or drug abuse and certificate No.028/o (specialist’s examination report) attesting that an individual is free from the above infectious diseases. As a rule, such certificates are issued only by state medical facilities in Ukraine. It is also possible to file with the employment center certificates issued by foreign medical facilities, provided they are similar in content, duly certified as well as legalized or apostilled. As a matter of practice, however, it is possible that the employment center may question the suitability of certificates issued by medical facilities abroad.

In addition, in certain cases an employer will need to submit to the respective employment center information about the available vacancy for which it seeks to hire a foreign national at least 15 calendar days before filing a work permit application. According to the Work Permit Act, the employment center will use this information to facilitate, where possible, the filling in of a vacant position by a Ukrainian citizen. Therefore, the employer should carefully word the qualification requirements of the vacant position to conform them as much as possible with the qualifications of a prospective foreign employee.

The Work Permit Act has also simplified the process for extending a work permit by reducing the number of required documents to (i) an application, (ii) two photos of the foreign national and (iii) a certificate from the internal affairs authority evidencing that the prospective employee is not serving a sentence for committing a crime and is not under criminal investigation in Ukraine. However, in case of changes in any of the documents initially submitted for obtaining a work permit, the employer would need to provide the employment center with updated versions of any such documents.

The fee for issuance of a work permit has not changed and amounts to four minimum monthly salaries (currently, UAH 4,872). At the same time, the fee is now payable within 30 days of the date of the employment center rendering a decision to issue the work permit. This is clearly a positive innovation of the Work Permit Act, as previously, the fee was considered a processing fee, was paid before the submission of the required set of documents and in case of refusal of a work permit application, was not refundable. In addition, now an employer does not have to pay the state fee for extension of a work permit, as distinct from the previous procedure. The receipt by the employer of a duplicate work permit in case of loss of or damage to the original will also be free of charge.

The Personal Data Protection Act which came into force on 1 January 2011 has undergone numerous changes since its adoption in 2010, including several amendments in 2013, in order to conform it with the respective EU legislation (the Amended DP Act).

Effective as of 1 January 2014, the Amended DP Act replaces the State Service of Ukraine for Protection of Personal Data with the Ukrainian Parliament Commissioner for Human Rights as the new data protection regulator. Another change concerns the registration of databases of personal data. The Amended DP Act cancels the mandatory registration of personal data databases and introduces a new requirement to notify the Commissioner about processing of personal data which poses a special risk to the rights or freedoms of an individual within 30 business days from the date when such processing commenced. In one of its written recommendations, the Commissioner clarified the categories of the information which is considered risky to process to include information on health, race and ethnicity, membership of a political party of an individual, etc.