Best European Practices in the Competition Law of Ukraine 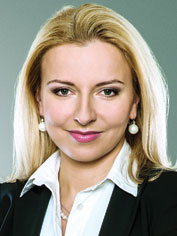 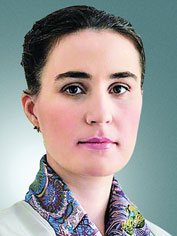 AstapovLawyers is one of the leading CIS-based full-service law firms with over 10 years of experience and offices in Moscow, Kiev and Almaty. The firm employs more than 120 professionals making its legal team one of the largest and capable to cover all legal aspects of company’s business. Most of the firm’s lawyers are educated at top-ranked European or US schools and practiced with leading international law firms.

Over the past years, the firm has grown and is now one of the most dynamic and fast-growing full-service law firms on the Ukrainian market. The firm provides top-notch legal expertise to leaders of the business community, both international companies operating in Ukraine, the CIS and Europe, and Ukrainian/Russian businesses.

The firm has been constantly highly ranked by local and international legal directories — the firm is recognized as “very committed and professional providing timely practical and concise advice” by Legal 500 as well as Chambers, Who’s Who Legal and PLC Which Lawyer. AstapovLawyers has been recognized among TOP-50 largest law firms in Russia (taking position No.36) alongside with leading international and national players by the most reputable CIS business publishing house Kommersant, and TOP-4 law firms in Ukraine according to the survey conducted by Yuridicheskaya Practika Weekly/Kommersant.

The global economic downturn compelled investors worldwide to search for new opportunities in order to support their businesses, and drew the attention of investors to new markets which have additional investment potential, such as Ukraine. One of the significant positive sides in investing in Ukraine is the similarity of key legal concepts with those existing in mature jurisdictions, and in particular close proximity of competition law regulations. Competition law enforcement in Ukraine has developed rapidly over the last couple of years. Cartel investigations, effective control over dominant undertakings, significant increase of monetary sanctions, etc., has become widespread. Below we suggest a brief overview of recent competition law trends in Ukraine.

Lately, competition law enforcement in Ukraine has changed significantly. Though there were no dramatic changes to the On Protection of Economic Competition Act of Ukraine of 11 January 2001 (the Competition Act), significant amendments were introduced by acts of the Antimonopoly Committee of Ukraine (the AMCU) and/or the case law. In the main such amendments relate to the most demanded by the market competition law areas such as, for instance, introduction of an effective leniency program, re-focus of unfair competition law enforcement, progress in preparation of vertical guidelines.

In the last couple of years the Resolution of the AMCU On Establishment of the Procedure of the Liability Release of 25 June 2012 (the — Leniency Program) was finally adopted. It basically established criteria for undertakings to qualify for the liability release (i.e. leniency) in a cartel case and introduced procedural requirements to obtaining thereof.

Generally, the Leniency Program admits release of liability for cartel participant, who voluntarily refer first to the AMCU, discloses a cartel and effectively cooperates with the authorities. That is, provides enough evidence to prove a cartel. A cartel participant cannot be granted leniency if it acted as a facilitator of a cartel, or managed cartel, or failed to provide enough evidence to prove a cartel. Furthermore, the Leniency Program establishes technical rules on how one can apply for a leniency.

Adoption of the Leniency Program was welcome by the market, though the specialists raised certain issues mainly related to the assessment of cooperation between the authority and a cartel participant seeking for leniency. Thus, criteria of the “sufficient” cooperation of an applicant with the authority at a given stage of a cartel investigation, obligations of the authority to collect as much evidence as they can themselves, etc., remain unclear under the effective version of the Leniency Program, which leaves room for subjective interpretation. Plus, the specialists are concerned with the practical implications of the establishment of a priority of a leniency application, as well as with the means to ensure confidentiality of a leniency application. In addition, adoption of the Leniency Program brought back on the table the urge of introduction of public guidelines setting the clear criteria for calculation of fines and private enforcement issues.

So far, practical application of the Leniency Programis quite limited, hence it has not been tried enough to make any conclusions, however adoption thereof has given the market players in Ukraine solid grounds to seek for a release or at least mitigation of liability in cartel cases.

For several years in a row, the market has been waiting for the introduction of the vertical guidelines setting general rules and criteria for the restrictions, which may be allowed in vertical agreements (distribution, supply, etc.). Notwithstanding significant progress in preparation of the said guidelines — public discussions between the AMCU and the market, release of the draft guidelines and preparation of the comments to the draft by the market players (business and legal experts) — the foregoing regulation has not been yet adopted leaving the regulation of the vertical agreements in the “grey area”.

At the same time, an important message on what to expect on the matter was received. It has been discussed with the regulator on numerous professional events and meetings of associations that the Draft guidelines should cover best practices of the EU and US competition law, as well as consider peculiarities of the Ukrainian market and existing market practice in the field. Thus, in pursuance with the Draft, the guidelines will regulate two main types of restrictions, which are generally included into vertical agreements. The first group of restrictions — so-called “hard-core” restrictions (i.e. price fixing, division of the market on any grounds, discrimination against counterparties, etc., — will be per se prohibited. On the other hand, the guidelines will set up criteria for the restrictions in vertical agreements that may be allowed. Such restrictions should cover exclusivity/non-compete clauses, exchange of information, selective distribution, bonuses/rebates, etc.). The assessment shall be market share driven and the foregoing restrictions will be automatically allowed for the parties which individual and/or collective market share is below 30% on the relevant product market. If the parties do not qualify for such market share threshold, any restrictions shall be individually approved by the authority in order to be introduced into an agreement.

Unfortunately, the challenging political situation in Ukraine impacts the timing of adoption of the vertical guidelines. The market believes though that it still is at the top of the authority’s agenda.

In terms of the matters to which the AMCU pays specific attention, unfair competition law matters and regular investigations on socially important product markets (pharma, food and beverages, FMCG, oil and gas, chemicals, etc.) shall be named. Following adoption of the amendments to the On the Protection Against Unfair Competition Act of Ukraine of 1 January 1997, the AMCU became very active in investigating unfair competition cases related to misleading information about products, unfair advertising and retail promos. Respective cases on socially important markets have been put to scrutiny by the authority. Fines for this type of infringement have been gradually increased ranging now in the amount of EUR 300 thousand for misleading information about the product, where as a maximum fine in such cases is annual global-turnover based and can be potentially much higher.

Over the last couple of years the AMCU significantly increased amount of fines for all types of infringements. A recent fine in the amount of EUR 40 million in a cartel investigation reached the historical maximum. Monetary sanctions for other types of infringements have also been high — in certain cases far above EUR 10 million. It is also worth noting that so far the fines — which can be as high as up to 10% of the global annual turnover of infringing undertaking (for instance, for the concerted actions, abuse of dominant positions) — have not hit the maximum allowed, therefore, the amount of fines may potentially grow further. While higher sanctions are perceived to stimulate compliance with competition law, its enforcement requires certain changes. First of all clear guidelines on fine calculations shall be adopted. The fines imposed shall not be levied simply by taking the maximum of what is allowed by the statutory provisions. The fines shall be symmetrical to the infringement of the parties and shall provide for clear mitigatory criteria.

Another important signal on sanctions was received from the judiciary basically suggesting a failure to obtain merger control approval in Ukraine, if required, might serve as grounds for invalidating the respective transaction upon submission of the AMCU, party to a respective transaction or a third party. The aforesaid clarified and reconfirmed general provision was set up by the Civil Code of Ukraine of 16 January 2003. Though there have been no deals turned down on the foregoing grounds so far, respective case law may potentially follow.

The market anticipates acquiring certainty in respect of a possible increase in the financial thresholds, which will impact not only transactions subjected to prior merger control approval in Ukraine, but will also hopefully revise concerted action exemptions. In terms of the changes in the merger control procedure an expedited procedure of review of the merger control application shall be provided in the law. Plus, a bunch of AMCU’s position papers related to distribution guidelines, guidelines related to the calculation of fines, best practices in unfair competition cases, etc. are on their way. In overall terms this is a positive trend of changes which will be put into practice soon!