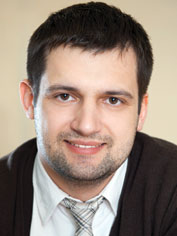 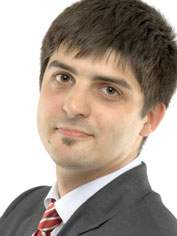 The firm’s attorneys have top law firm experience and offer that same level of service at more reasonable prices.

Juscutum is the only law firm in Ukraine to specialize in IT law from its first days. The firm is very active in developing industry-specific draft legislation. The firm’s legislative efforts span from the prohibition of the seizure of servers during police dawn raids (the aim is to enable the development of cloud storage services in Ukraine), to alternative models of monetizing content on the Internet, to the promotion of the government’s support and use of free and open source software, to an alternative copyright model in general.

Juscutum is well known for its cooperation with the popular EX.UA file hosting service. In February 2012 the firm successfully represented EX.UA during police dawn raids and continues to provide EX.UA with a broad range of legal services to this day.

Juscutum is a legal partner of the Global Technology Foundation (GTF) and startup incubator WannaBiz. In 2013 the firm has been included in the Top 5 law firms in Intellectual Property Law according to Yuridicheskaya Practika.

As a responsible member of the legal community,  Juscutum is active on the pro bono scene and has provided no-charge legal assistance for the Gryshko National Botanical Garden, the Taras Shevchenko National Museum, the Technical University Kyiv Polytechnic Institute, the Red Cross Society of Ukraine and other non-profit organizations. Juscutum is also a legal partner of the annual jazz festival JazzBez.

As in 2012, in 2013 the IT industry in Ukraine continued to display leading growth rates among other industries, despite an increase in government pressure and political instability at the end of the year.

Traditional for developing economies, Ukraine’s IT sector is mostly made up of IT outsourcing companies, followed by ISPs, hosting, e-retail providers and other IT businesses oriented towards the internal market, and the smallest portion being young and ambitious start-ups and related businesses such as VC funds and incubators.

The year 2013, especially in the second half, was an especially busy period for the firm’s IT practice. A lot of IT companies turned for advice on the restructuring of their business, which almost always involved distributing assets and cash-flows among several jurisdictions. Enhancement/development of standard contract sets (customer contracts, developer contracts, NDAs, non-competition/non-solicitation agreements, etc.) and legal security training sessions for key staff members were in great demand as well. Less fortunate IT companies turned for assistance in recovering equipment seized during police dawn raids and challenging the lawfulness of these operations.

The Ukrainian government has been very vocal about supporting the IT sector in recent years, but the results were mostly met with skepticism and disappointment. Nevertheless, the rapid political turn-round following events on Euromaidan has given new hope of change for the better and that the new government will fulfill promises to stimulate the IT industry.

Inefficient tax preferences remain the IT sector’s main economic concern. The government-granted cut on income tax and VAT for IT companies has had some stimulating effect on the industry, but not as promised. This is due to very high expenses associated with the IT workforce — high salaries mean large taxes. The IT sector has been desperately but still unsuccessfully trying to have the government cut taxes associated with salary payments.

Apart from the not-so-great tax preferences, the most depressing issue for the IT industry has, without a doubt, been an increase in police dawn raids, often resulting in the seizure of computer and server equipment and lengthy business downtime. Companies that faced this issue were major international players such as Vkontakte and WebMoney, and large local companies including IT outsourcing company Camo IT and e-retailers Klumba and Rozetka.

The actual underlying reasons for these dawn raids are being disputed, but it is clear that it has a lot to do with the recent reforms in the criminal process. As of October 2012 the Criminal Procedure Code enables to easily obtain an investigative judge’s approval for provisional measures at the launch of investigations under the Criminal Code of Ukraine Article 172 (gross violation of labor legislation), Article 176 (infringement of intellectual property rights) and Article 212 (tax evasion).

The popularity of the first two articles is due to their vast scope and vague definition. For instance, apart from the article’s vague wording, there is no uniform understanding of what exactly constitutes gross violation of labor legislation. It can be anything from failing to pay an employee’s salary to the so-called “covert labor relations” (when independent contractor relationships are alleged to mask a factually present labor relationship with the intent of evading taxes). “Covert labor relations” are also frequently used as a basis for inferring tax evasion. The ease of applying Artic- le 176 has to do with the fact that it requires a certain threshold of damages to be crossed and damages in IP infringements are not easy to prove with precision. Therefore, all it takes to initiate investigations under the mentioned articles is an unhappy employee or an aggressive competitor.

Trends and Other Good News

A good trend in the IT-related legislation is the steady development of the e-commerce laws, now in the form of Draft Act On Electronic Commerce. The adoption of this Act is expected to greatly enhance investments and cash flow in Ukraine’s online business, turning the mostly basic e-catalogue trading into real e-commerce with legally valid online deals and online payments.

Another good trend is that, despite random ransacks here and there in the small and medium sectors of the IT industry, most of the larger IT companies enjoy relative stability and comfort running businesses. There is no doubt that the government understands the vast potential of the industry, not least as a source of tax money, and stays away from major IT company’s territory allowing them to flourish naturally.

The large IT companies, in their turn, are becoming even larger, acquiring a bigger and bigger workforce and yielding more and more output. A boom of acquisitions of smaller IT companies by IT giants is reasonable to expect.

Another positive trend is the steady joint effort of the IT and legal sectors to put a ban on the seizure of servers in criminal investigations. As of today, this initiative is embodied in respective Draft Act introducing changes to the Code of Criminal Proceedings, for which an active lobby is growing. If this initiative becomes successful, it may open the doors to another great trend, which has seen very modest development in Ukraine — storing big data in Ukraine and cloud computing.

Some also see a positive trend in the increased patenting of software and computer-implemented inventions in general, which, along with reforms in IP law, could greatly increase the value of IP registration in Ukraine for startups and their investors.

Euromaidan and Predictions for 2014

The Euromaidan of November 2013 — February 2014 has become Ukraine’s most radical and truly unprecedented social and political event in decades. The country’s most active part of the population, which formed the main force behind the Euromaidan, has clearly granted the Ukrainian government a new credit of trust. Should Ukraine avoid direct military confrontation with its northern neighbor, top industry representatives are making an overall optimistic forecast for the IT sector.

The country’s movement towards the Western democracies may bring more relaxed regulation, looser taxes and more up-to-date e-commerce and IP laws — all designed to stimulate the IT industry even more.

However, the following could be the most realistic predictions:

— In 2014 law-enforcement authorities will stop any inspections of IT companies based on ambiguous legal grounds.

— Top IT companies and powerful industry associations will successfully lobby the adoption of laws on e-commerce, e-document circulation and server cloning instead of server seizures.

— The core asset of most IT companies is its employees. Today, there is a shortage of qualified workers. That is why companies have no choice but to solicit its competitors’ employees or grow in size by acquiring smaller competitors. Therefore, a substantial inflow of investments and increase in M&A transactions are being expected.