Practical Aspects of the Registration of Agricultural Land Lease Agreements 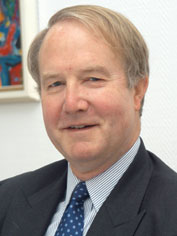 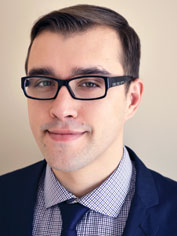 B.C. Toms & Co is a multinational law firm of Ukrainian and Western lawyers specializing in Ukrainian law. It was the first Western law firm to open a Kiev office, having focused its practice on Ukraine at its independence in 1991. It is currently among the largest law firms in Ukraine. The firm has recruited and trained its Ukrainian lawyers from among the highest-ranked students at Ukraine’s leading law schools, most of whom have also studied at UK and US law schools as Chevening, Pinchuk, Fulbright and Muskie fellowships. Based on the firm’s practical experience, it has written numerous articles on Ukrainian law, including the legal section of the American Chamber of Commerce sponsored book Doing Business in Ukraine.

The firm has handled, for example, the first as well as most IPOs in the energy sector and the most recent IPO in the agricultural sector. Based on its 21 years of experience in Ukraine, the firm can provide practical commercial advice on how to establish and develop a business in Ukraine.

The Key Authorities Responsible for the Registration of Agricultural Land Leases

All title documents previously issued to the owners of land (i.e. Certificates and State Acts) under the previous registration procedure should continue to confirm title to land, and all land lease agreements previously registered should remain effective. However, in order to sign and register a new land lease agreement after 1 January 2013, a landowner or lessee must register a lease right under the new procedure.

Instead of one land registry, managed by the State Agency for Land Resources of Ukraine (formerly the State Committee for Land Resources of Ukraine) (hereinafter — the Land Agency), the new registration procedure introduces two new registries, and thus unfortunately divides the registration of land ownership and lease rights into the following two stages: (1) first, the land plot should be registered at the State Land Cadastre (hereinafter — the Cadastre); and (2) second, the ownership and lease rights should be registered at the State Registry on Proprietary Rights to Immovable Property and its Encumbrances (hereinafter — the Registry of Rights), either directly at the Registry of Rights or, alternatively, by doing this through a notary.

Registration at Registry of Rights

The total cost of lease registration at all stages may exceed UAH 400 in official fees, plus the expenses for the development of technical documentation, which can vary depending on the number of land plots currently being “formed”, the location of the land plot, potential problems with the land plot’s coordinates, the quality of the technical equipment possessed by the land management company, etc. As mentioned above, this registration can be carried out through a notary, including to register a lease right, however, the price is usually higher than if this registration is done directly at the Registration Service.

Difficulties with Registrations and Attempts to Cure Problems

As a matter of practice, the process for such registration presently is being hampered by a number of legal deficiencies and other factors. Attempts are presently being made within the Government to facilitate a quick resolution of these problems in order to speed up the registration process.

One of the most serious problems is that required technical data on land privatized by individuals is often absent in the Cadastre. Much of this technical data was developed with old-fashioned mechanical methods and reflected in archaic plans and maps, and it has not been entered and needs to be verified first. Hence, if the technical data on a particular land plot is absent in the Cadastre, such data must be verified or developed by a land management organisation (or by the Cadastre itself) in order for the ownership and leasing of the land plot to be registered. Agricultural companies wishing to lease land plots from landowners usually bear the expenses for the development of such technical documentation and completion of the registration process.

Under the recent amendments to the On the State Registration of Proprietary Rights to Immovable Property and its Encumbrances Act of Ukraine of 1 July 2004, No.1952-IV (hereinafter — the Registration Act), effective as of 1 January 2014, a state registrar must accomplish the registration of a lease right within five business days. Previously, the registrar had 14 business days to complete registration. However, in practice, it usually takes much more time, due to an insufficient number of registrars in some local branches of the state bodies involved, insufficient quantity and poor quality of scanning and copying equipment and other material support, the massive filings of applications in some local branches recently in response to the new requirements for registration, the poor working practices by the Registry of Rights and procedures that are burdensome for the Registry of Rights (thus, the actual registration of one lease agreement can take a registrar at the Registry of Rights a full hour or sometimes much longer).

Another practical way to speed up the registration process has been provided for by the “Procedure for State Registration of Proprietary Rights to Immovable Property and its Encumbrances”, approved by the Resolution of the Cabinet of Ministers of Ukraine, No.868 of 17 October 2013 (hereinafter — the Procedure), which entered into force on 12 February 2014. This Procedure provides for the possibility for the simultaneous registration of an ownership right and a lease right to a land plot, whereas previously ownership had to be separately registered first, followed by a second procedure to register a lease. In case a landowner already has a state act containing the cadastral number, there should be no need to “re-register” the title (ownership right) to such land plot in order to lease it — it should only be necessary for the lease right to be registered. In addition, the Procedure permits the mailing or delivery by courier of registration applications, a useful alternative to the prior requirement for all applications to be physically filed by an applicant with the registrar.

Another problem is that presently most registrars, as required by law, spend significant time scanning and copying registration documentation, using equipment that functions relatively slowly. Simple changes in legislation regulating the registration process, such as to permit applicants to file electronic copies of their applications and supporting materials or to permit registrars to delegate scanning and copying to assistants, would greatly speed up registrations.

Thus, the new procedure for the registration of agricultural land leases during the past year has revealed significant problems. It is hoped that further measures will be urgently undertaken to improve the legislation and administrative procedures governing lease registration.

1 A governmental body the activities of which are coordinated by the Cabinet of Ministers of Ukraine (hereinafter — the CMU) through the Ministry of Justice of Ukraine.

2 When registering a lease right, the lessor as well as the lessee can file an application.