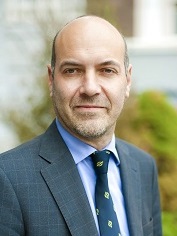 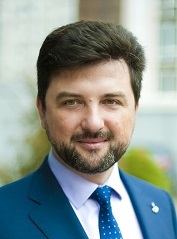 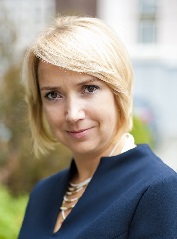 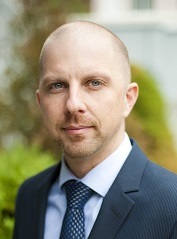 Interlegal is the recognized law firm with the head office in Odessa, the biggest sea-gate of Ukraine. Established in 1995, Interlegal acquired the reputation of boutique maritime law expert operating and servicing clients in the Black Sea region. Interlegal’s expertize has been focused on the following major practices crystalized from our 20 years’ experience:

Within a wide practice in commercial shipping Interlegal also renders the full range of yachting services: making sales contracts of yachts and ships, their registration and insurance.

Continuously developing legal practice in Shipping and International trade in Black Sea region we opened the office in Istanbul, Turkey, where a new partner of Interlegal, Mehmet Dogu, leads the practice.

The annual research of legal service market “Ukrainian Law Firms. A Handbook for Foreign Clients” in 2012-2014 has determined Interlegal as one of the leading companies dealing with maritime, transport and infrastructure. Arthur Nitsevych, Artem Skorobogatov were named as leading individuals and Nikolay Melnykov as one of the best expert practicing in maritime law and yachting. Interlegal is the organizer of the conferences and seminars like Maritime Days in Odessa, Protection  of Shipowners’ Interests (Saint Petersburg), Actual Issues of Yachting in Ukraine (Kiev), seminar for forwarders Multimodal Carriages, Risks and Liabilities of the Parties, Liability for  cargo transshipments in the ports, etc. Interlegal is a member and partner of the international associations such as: FOSFA, European Maritime Law Organization (EMLO), the London Maritime Arbitrators Association (LMAA), the German Maritime Arbitration Association (GMAA), the Singapore Chamber of Maritime Arbitration (SCMA), the International Bar Association (IBA), International Multimodal Transport Association (IMMTA), AIJA, UZT, WISTA,  the Nautical Institute of Ukraine.

Ukraine is a maritime state on the Black Sea and Azov Sea coasts, which has its own fleet, shipbuilding and ship repair facilities, 18 sea ports and 11 river ports on two rivers, the Dnieper and the Danube, open for navigation. Ukraine is one of the world’s leading grain and sunflower oil exporters and generally is an important gate for the import and export of commodities and goods. In Soviet times the Black Sea Shipping company (BLASCO), set up in 1833 and based in Odessa, was one of the largest shipping companies in the world and the largest one in Europe. Although the deadweight of the fleet under the Ukrainian flag has shrunk six-fold since then, a great number of shipping companies do business in Ukraine as operators, shipbrokers and charterers. Ukrrichflot and the Ukrainian Danube shipping company are among major shipowners. Ukraine is also ranked as the 5th supplier of seafarers to the world fleet market, providing some 75000 officers and ratings.

Commercial vessels, operated by companies incorporated in different jurisdictions daily cross the oceans and seas, under charter parties and bills of lading imposing duties and liabilities on all parties concerned. Vessels are built by hundreds of shipbuilding facilities and have to comply with a multitude of international, regional and national regulations in order to call safely at commercial ports. The purpose of the world’s commercial fleet, the main reason why vessels are built, registered, chartered and insured is not maritime at all. Vessels sail to carry goods bought on one market to be sold on another. The real purpose of the entire commercial shipping industry and its regulatory and contractual framework is to make international trade possible, safe and efficient.

When an international dispute comes out of a maritime contract or incident such as a collision or grounding, it is necessary to consider which law applies to the dispute; which tribunal has jurisdiction to resolve the dispute on merits; if there is any time limit or whether the claimant can obtain security for the claim. Maritime Law has several basic features which are reflected in everyday practice within this area.

One feature is its international nature, which pleads for international uniformity in maritime law. This necessity has been satisfied internationally by implementing a number of international conventions or agreed rules like the Hague-Visby Rules, which unify certain rules of law relating to Bills of Lading or the York-Antwerp Rules fixing the grounds for general average assessment. In some jurisdictions and particularly in Ukraine the provisions of such conventions are implemented in the local laws such as Merchant Shipping Code or similar. The widespread use of standard form documents as the basis of most contracts of carriage (like GENCON, SYNACOMEX, NYPE or BPTIME3) also has the effect of unification.

The second obvious feature of maritime law is that contracts for carriage of goods by sea fall to be performed in specific and often hazardous conditions in which it is practically impossible for one party to supervise the other party’s work on a daily basis. This factor is the key instrument in development of the sea carrier’s general duties and legal grounds for them including the duty to provide a seaworthy ship and not to deviate from the route stipulated by the charter party as well as other carrier’s duties connected with the sea voyage.

The third notable feature which is affecting the nature and the practice of maritime law is that shipping regulated by such maritime law is directly dependent on other commercial activities. Contracts for the carriage of goods by sea are not made in commercial isolation. They are typically concluded so as to sell goods or to give effect to a previous sale. This means that contracts for sea carriage often reflect the direct interest of both sellers or buyers, under the sales contract. Third parties may become involved in the carriage of goods in other ways. Even when a cargo remains in the ownership of single shipper throughout an ocean voyage it is quite possible that the whole or part of the contract (loading or discharging the cargo, for example) may actually be performed by someone other than the party who was originally contracted to carry and deliver. This leads to complex questions about who can sue and who can be sued. In the absence of a contract provision dealing with the particular problem, the main role in such cases plays the governing law of a carriage contract which is English law for the majority of sea carriage contract forms or local law as the law of the place of incident.

Use of Standard Forms of Contracts

The use of standard forms is a great point of maritime law practice. This use in itself constitutes an important feature of overseas trade. The majority of maritime law consists of settled interpretations of common clauses and agreements. Such interpretations are fixed in certain court decisions as is usual for common law countries, or in particular law provisions together with different kinds of resolutions/recommendations/authorities’ orders in countries with a continental system of law like Ukraine.

Arbitration Versus Litigation in Shipping

The most popular choice for maritime arbitration is London. The majority of standard form charter parties, international sale contracts, salvage contracts, reinsurance and P&I Club Rules provide for London arbitration and in particular arbitration at the LMAA (London Maritime Arbitrators’ Association). Many bills of lading incorporate an arbitration clause in the charter party under which the bill is issued.

Typically, maritime disputes are around:

— investigation of damage to transported goods and ensuing liability attached to the maritime carrier;

— damages to the ship caused by the nature of the carried goods;

— issues of lay days and demurrage including damages resulting from late entry to port or late access to the operative quay;

— damages suffered by the carrier as a result of force majeure;

— issues relating to non-execution of charter parties (for example, non-payment of the charter fee, late return of the vessel or early collection of the ship);

— matters relating to salvage at sea; and

Maritime cases are very specific and are very complex. Many of them are connected with casualties. The accidental factor is very strong. Which vessel is guilty when a collision arises? Why is the cargo found wet? Is it because of unfit hatches? To draw the right conclusion, one needs to have specific knowledge and expertise. That is why many in shipping favor arbitration over litigation. Arbitrators are more knowledgeable in maritime matters rather than judges which have limited exposure to shipping. Arbitrators are not bound by existing law doctrine and have broad latitude to use their commercial sense of fairness. Neither are arbitrators bound by strict court rules of evidence and procedure.

To Be Continued in Ukraine

All the above are reasons why despite a long maritime tradition, Ukrainian maritime arbitration and court practice are of minor importance for the maritime business. The serious drawback of Ukrainian legislation in the maritime sphere is the lack of a unified approach in questions related to maritime activity. Ukrainian legislation consists of the Merchant Shipping Code, laws and subordinate acts that regulate some specific maritime relations. The legal framework in this respect is imperfect. Ukraine should refuse to regulate shipping by subordinate acts and base mainly on international conventions and traditions. There is a strong need to systemize legal norms regulating maritime activity. If Ukraine is positioning itself as a maritime state then it should follow global trends.