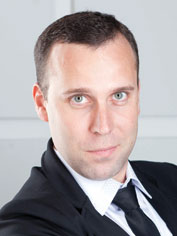 SAFIR Consulting Group is a dynamically developing Ukrainian law firm which specializes in the legal maintenance and protection of business, establishing complicated transactions and business projects, up to auditing and developing foreign economic activity schemes.

Leading practices at the beginning of the firm’s existence were tax law, litigation, construction and real estate. Nowadays the firm specializes in the settlement of issues practically in any field of law which is mentioned during the planning, registration, development and reorganization of the enterprises.

The firm’s experts follow innovations and changes in area of their specializations, which enable the most economic and safe models of establishment and setting up of business.

This point, in combination with an individual approach and attention to detail of each separate task, allowed SAFIR Consulting Group to earn an excellent reputation on the market of innovative legal solutions. The proof is that the firm has not lost a single judicial dispute.

Therefore, the lawyers of SAFIR Consulting Group solve the majority of issues and disputes at the pre-judicial trial stage, and for new projects — at the development scheme of establishing the business.

Unique experience in taxation, continuous professional growth and creativity enable the firm’s specialists to provide competent decisions on a broad range of activities.

We appreciate the trust of our clients and are able to provide them with services of the highest level, combined with professionalism, modern technologies and an example of Western colleagues.

One positive step in achieving international law is the Convention of the United Nations on Contracts of the International Purchase and Sale of Goods (further — the Vienna Convention of the UN). The Vienna Convention was adopted by the United Nations in 1980 and came into force on 1 January 1988. It governs relations on questions connected with the conclusion of international treaties of purchase and sale of goods, and with their execution and responsibility for non-execution or inadequate execution (for Ukraine it came into force from 1 February 1991).

The main objective of the Convention — to balance interests of the parties of the contract taking into account business practices and standards of various national legislations. The Convention is based on principles corresponding to the international commercial practice in conditions of free market relations.

Equality of contractors in contract violation by the other party, is provided with the provisions of the Convention relating to remedies, provided both to the seller and the buyer. Flexibility of formulations of standards of the Convention enables concrete circumstances to be considered of each transaction at their application.

In the practice of legal registration of contracts of purchase and sale of goods and the resolving of commercial disputes in international commercial arbitration courts application along with other legal sources and so-called trade customs is standard. Customs play an essential role in the sphere of legal regulation of international trade as under the contract of purchase and sale the trade customs accepted in international practice have an impact on the contents of the obligations of the parties. They play a crucial role in the settlement of disputes between parties in arbitration. The trade custom is understood as the uniformity which has developed in international trade, the conventional Rule containing a clear and certain situation on questions which it concerns. Trade customs also apply to trade or business usage (we always do so).

Trade customs define the maintenance of some conditions of contracts (more often, in the presence in contracts of ambiguities and inaccuracies or lack of the condition coordinated by the parties). When a contract contains a direct instruction on application of trade customs, they can replace the corresponding norm of the right regulating questions of the contract if the latter has a disposition character.

The custom has to meet the following requirements:

— to have the character of a general rule;

— to be well known in the corresponding area of the trade, determined by the contents and reasonable.

An essential condition for the application of trade usage — knowledge of the parties, to carry out the transaction.

Trade customs are stated in the exchange rules made by committees of the exchanges, in special collections of chambers of commerce, materials of the working commissions of Committee for assistance to foreign trade and other organizations operating within the United Nations, in standard contracts, decisions of the arbitration courts on single questions.

So, in the Convention on contracts of international purchase and sale of goods (1980), Article 9 of the following contents is devoted to customs:

1. The parties are connected by any custom concerning which they agreed, and the practice accepted by them in the relationship.

2. In the absence of the arrangement on another, it is considered that the parties meant application to their contract or its conclusion of custom about which they knew or had to know, which in international trade is widely known and which the party in contracts of this type in the corresponding area of trade constantly adhere. In Article 7 of the European Convention on the Foreign Trade Arbitration it is provided that together with the applied right, arbitrators will be guided by the provision of contract and trade customs. Similar provisions should also be found in other documents on arbitration. As in the practice of international trade many customs which differently “fit” into national legal systems were created, the international organizations put efforts on their unification. So, the International Chamber of Commerce developed unified rules on interpretation of the trade terms Incoterms 2010. Trade customs are often applied as the solution of international economic disputes. Article 9 of the Vienna Convention of the UN about contracts of the international purchase and sale of goods, Article 35 of UNCITRAL Arbitrational Rules, regulations of many arbitration establishments, including the International Chamber of Commerce and the International Commercial Arbitration Court, demand from arbitrators of consideration of disputes not only on the basis of the right applied, but also taking into account trade customs. Trade customs can be part of the national right (for example, standards of the Vienna Convention are incorporated in Ukrainian legislation) or exist irrespective of it (rule Incoterms 2010). According to the rules two options of their application are possible:

1) being part of the national right, trade customs are applied irrespective of the instruction by their parties;

2) trade customs are applied only in that case when the parties directly envisaged this in the agreement.

Hundreds of thousands of businessmen in Ukraine carry out foreign trade operations of various levels and scales. At the same time, the practice of arbitration consideration of disputes regarding violation of contractual obligations is testimony to the fact that Ukrainian enterprises and individual entrepreneurs not always know and take into account existing international legal norms and standards which have already developed, are widely known and are applied in international trade practice. By consideration of economic disputes it appears that the parties allow inaccuracies in the formulation of conditions of the agreement stated in the contract, various interpretations of the terms of delivery specified in the contract, and terms which have different value are applied. Therefore, subjects of foreign economic activity should address the qualified lawyers who will help to prepare correctly international treaties taking into account the requirements of international law, arbitration practice and standards of national legislation.

Except for subjective reasons of different interpretations of terms of the contract (each party to the contract has interpreted the provisions of the contract in its own favor), take the place and the objective of the reasons, whose existence is caused by application of a specific source of a commercial law — customs of international trade as which it is necessary to understand the only steady rules developed in practice, which have no mandatory validity. Use of these simple rules became universal and traditional at the conclusion of trade contracts and formulation of their basic conditions. However, trade customs are unwritten rules, and, therefore their exact examination and the only application in arbitration court causes certain difficulties. Practicing lawyers who accompany commercial business, including international companies, can help to achieve success in the right understanding of trade customs in a contract.

It should be noted that for a specification of treatment and interpretation of the separate trade terms regulating transition of the property right, risk of accidental death, accidental damage of goods, etc., the International rules on interpretation of trade terms — the Incoterms 2010, operating in the editions of 2010 made and published by the International Chamber of Commerce (Paris) are being developed now. References to Incoterms 2010 are widely used in the standard contracts prepared by a law company.

As a rule, Incoterms 2010 represent a set of rules which are of a facultative nature. Businessmen wishing to use these rules have to provide that their contracts will be regulated by the provisions of Incoterms 2010. If a businessman wants to avoid a misunderstanding and disagreements between partners, it is expedient to make such a reference in signed contracts.

Basic terms of delivery resolve the following issues in the contract:

— Who provides vehicles for goods delivery?

— Who makes out customs clearing on export or goods import?

— Who provides the license?

— When does the risk of accidental death or damage of goods pass from the seller to the buyer?

— When does the seller fulfill contractual obligations for goods delivery?